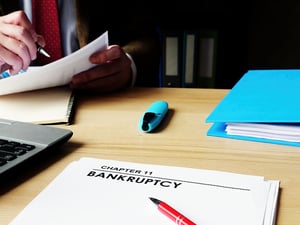 Founded in 1888, Belk Inc. is a privately-owned department store with approximately 300 retail outlets. Like other retailers, Belk was hit hard by the pandemic as foot traffic ceased and sales plummeted. Looking into possible liquidation, Belk was instead able to create a reorganization plan that salvaged the business and managed to garner almost full support of the primary lenders of the company.

Like many home-grown institutions, the original Belk Brothers company focused on customer service and bargain products. The company enjoyed rapid grown from its founding. By 1943, the company had opened 195 stores. Operating in the southeastern US, the company stayed in the family until a leveraged buyout by Sycamore Partners in 2015 for $3 billion. Like many such buyouts, the deal strapped the company with additional significant debt. Given the debt load and the turn by consumers away from traditional department store shopping, the company was struggling even before the pandemic.

The story so far is commonplace for many business owners, regardless of company size. A business that once enjoyed profit as a going concern is now struggling after buyout and a changed retail market as consumers moved online. Add the crushing impact of pandemic lockdown and business owners are forced to seek relief through sale, reorganization, or liquidation. Belk chose Chapter 11 reorganization.

On Tuesday, February 23, 2021, Belk filed Chapter 11 bankruptcy with $1.9 billion in debt. The company then entered into a Restructuring Support Agreement which leaves Sycamore Partners as the majority owner. The agreement reduced the debt load of the company and provides for new cash infusion, as the company continued to operate. While no job cuts or store closures were announced as part of the restructuring, there could be more to come.

The rapid turnaround was a collaborative effort of entities and their tax lawyers who had a plan to use Chapter 11 reorganization in order for Belk to obtain a new lease on the retail future. The effort provided fast relief up front. Going forward, time and economic conditions will tell.

With offices in Chicago and Cleveland, the tax lawyers at Robert J. Fedor, Esq., LLC help business owners seeking relief through bankruptcy court. If you have questions about Chapter 11 or Chapter 7 filings for your business—call 800-579-0997 or contact us, we can help.