America the Blacklisted: US Added to European Dirty Money List for Ease of Tax Crimes and Money Laundering 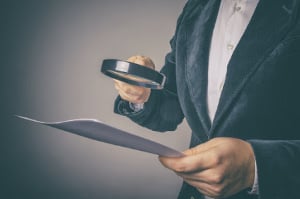 Move over Trinidad, the United States of America has joined the European blacklist for its lax tax reporting and jurisdictional tax opacity.

In a pretty sharp jab to the reputation of the US, the move also means that European companies considering transactions in the US will be more closely reviewed by regulators.  The US joins new members Saudi Arabia, Nigeria, and Panama in the nefarious “dirty money” club.

In recent years, the European Commission has pointedly worked to uncover and crack down on tax fraud, evasion, and money laundering that occurs when individuals and companies hide their case in poorly-regulated secrecy jurisdictions.

To the casual observer, the naming of the US on a dirty money list may seem laughable, but the country has its share of nebulous tax jurisdictions that are favored by foreign investors for their privacy.

The US has also failed to sign on to an agreement called the Organization for Economic Cooperation and Development’s Common Reporting Standard (CRS)  This agreement calls for transparency between global financial entities and automatic sharing of transactional information on an annual basis.

The CRS also defines the type of financial entities that must report, and the types of data and account information that must be exchanged.

The move is not a surprise.  In December of last year, member of the European Parliament Paul Tang noted, “So far the Trump Administration has not moved to adopt the OECD Common Reporting Standard. We have been assured by the European Commission that if it does not do so by June of next year [2019] the process for it being listed will begin.”

In its press release announcing its new list, the European Commission notes its aim with the list is to reduce and prevent money laundering as well as reduce the risk of financing terrorist operations.

The European Commission (EC) for justice, Vera Jourova said, “Dirty money is the lifeblood of organized crime and terrorism. It was high time for Europe to act. The times when we would be maybe too naïve about this are over.”

For its part, the US has indignantly questioned the method by which the list is decided and recommended that US bankers ignore the EC findings.  This type of pushback over an apparently sound standard to deter money laundering through the US, begs the question, “Where’s the money?”

If you are involved in an offshore tax fraud or other tax issue, contact Robert J. Fedor, Esq., LLC for a confidential consultation. With offices in Cleveland, Ohio, and Chicago, Illinois, we deliver comprehensive legal representation to resolve tax controversy and help you legally shelter your investments.  Contact us or call 800.579.0997 today.