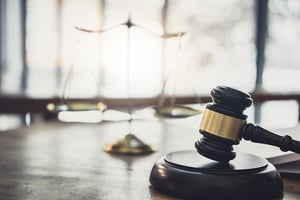 It is not just taxpayers that are penalized for using abusive tax shelters, Wells Fargo recently lost a precedent-setting appeal to the Eighth Circuit. Essentially, Wells Fargo sought to avoid penalties levied on the company by a lower court finding.

Greatly simplified, STARS allows UK and US financial institutions to take advantage of tax benefits in both countries. US entities place assets in a trust in the UK, which is then subject to UK tax laws. The US company then claims foreign tax credits for payments made in the UK.

In 2017, a federal court ruled that Wells Fargo was liable for penalties on $350 million in foreign tax credits obtained due to its involvement in a STARS scheme with Barclays Bank. The penalties came into play after a jury found that STARS “had no reasonable potential for pretax profit and that Wells Fargo entered into the trust structure solely for tax reasons.”

This finding fits the test for a sham transaction. The Wells Fargo jury decided the STARS in this case had no real economic substance and existed purely for the tax benefits conferred.

Of that verdict, the Acting Assistant Attorney General noted, “The jury verdict is a resounding message to companies trying to exploit an abusive transaction that no matter how sophisticated the scheme, these sham tax shelters will not stand. The Court’s opinion is equally clear that taxpayers who engage in such transactions can be subject to significant penalties.”

In April of this year, the Eighth Circuit Court of Appeals affirmed the earlier verdict that Wells Fargo had participated in the tax shelter for the purpose of generating foreign tax credits.  The Appeals Court found, “STARS was an elaborate and unlawful tax avoidance scheme, designed to exploit the differences between the tax laws of the U.S. and the U.K. and generate U.S. tax credits for a foreign tax that Wells Fargo did not, in substance, pay.”

Big players can take big falls. At stake is a 20-percent accuracy-related penalty to be paid by Wells Fargo. Despite budget cuts and economic turbulence, the IRS continues to make its case.

From offices in Chicago and Cleveland, the tax attorneys at Robert J. Fedor, Esq., LLC help clients respond to IRS audits, questions about payroll tax issues, or allegations of tax crime. When you need knowledgeable tax advice locally or abroad, call 800-579-0997 or contact us.