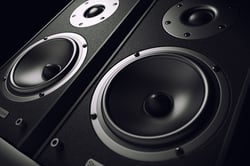 Yet another small business owner, this one specializing in installing audio systems for churches and corporations, is facing 15 months of jail time for bad decision making. The North Carolina man witheld employment taxes from his staff, but used that money for personal expenses, rather than paying his taxes. In addition to that count of tax fraud, he also did not file his taxes, personal or business, for three years. Here are the details according the Justice department press release:

According to court documents, Paul Harvey Boone, 54, of Hillsborough, North Carolina, owned and operated Boone Audio Inc. in Burlington, North Carolina. For most of 2008 through 2011, Boone used company funds for personal expenses while failing to pay over the employment taxes withheld from his employees’ wages. Boone also failed to file his individual income tax returns and pay personal income taxes for tax years 2008 through 2011.

“Paul Boone’s prison sentence serves as a reminder to employers that willfully failing to comply with employment tax obligations is a crime,” said Acting Deputy Assistant Attorney General Goldberg. “We are committed to investigating, prosecuting and seeking incarceration of employers who use their employees’ funds to line their own pockets.”

“IRS – Criminal Investigation (CI) realizes the damaging consequences caused by Boone’s failure to pay over employment taxes,” said Acting Special Agent in Charge Michael C. Daniels of IRS-CI. “It results in the loss of tax revenue to the U.S. government and in the loss of future social security or Medicare benefits for the employees. Those who fail to do so will not be tolerated and will be prosecuted.”

In addition to the term of prison imposed, Boone was ordered to serve three years of supervised release and to pay restitution to the IRS in the amount of $385,610.

In the event you are approached by an IRS agent inquiring about the withholding of employee taxes, failure to file, or about any other aspect of taxation of your business, you should speak with an experienced criminal tax lawyer at Robert J. Fedor Esq., LLC. In that way, your rights will be protected and you can begin the process of resolving outstanding income tax problems with the IRS.