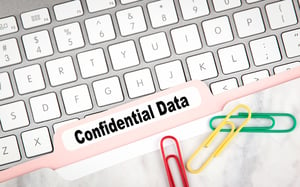 Years ago, Bristol Myers Squibb (BMS) went through the motions to create an Irish entity to house valuable patents. Like so many other big Tech and Pharma companies, BMS took advantage of the preferential tax structures available in Ireland. In turn, Ireland saw some tax revenue from their offshore partners, but nothing near what companies like BMS would pay in the U.S.

Between then and now, the IRS figured it out and decided the BMS arrangement is an abusive tax shelter and that BMS owes them a cool $1.4 billion. In contrast, BMS continues to maintain it is in compliance with applicable tax law.

According to an article in The New York Times, BMS took pains to authenticate the legitimacy of their offshore tax arrangement in 2012 by obtaining opinions from accounting concern PwC and the law firm White & Case. Neither company addressed the question of whether the tax structure ran afoul of anti-abuse tax laws. Turns out the IRS believes it does.

In time, the IRS prepared a 20-page report on the BMS tax shelter. The IRS takes the position that the BMS arrangement is a violation of tax law. Following a civil tax audit of this type, the IRS apparently posts scrubbed versions of its reports on its website.

Neither the IRS or BMS have gone public with the news of the tax controversy. The matter remained quiet until the IRS posted the 20-page report on its website, as per its habit. Unfortunately for BMS, the redacted copy did not remain redacted. With a little bit of effort on the downloaded document, the redacted sections became publicly visible.

Of course, the IRS rapidly removed the document from its site, but not before quick-acting consumers downloaded and reposted the report. Eventually the IRS reposted an actually redacted report—but the news is out. The IRS and BMS are contesting the legal viability of a tax arrangement which is fairly commonly considered, well, abusive. Other than that, neither the IRS or BMS are addressing the issue in public.

So now what? The IRS will likely continue its review for some time and then insist on an enormous penalty. The parties will negotiate, and BMS will likely pay some small percentage of a penalty without having to admit it is guilty. The agency and the company will part ways until next time.

And so it goes—with a little online discovery this time.

From offices in Chicago and Cleveland, the tax attorneys at Robert J. Fedor, Esq., LLC provide experienced tax advice locally and abroad. When you hear from the IRS, or know that you might, call 800-579-0997 or contact us today.