Can the IRS Retroactively Change the Tax Rules and Hold You Responsible? 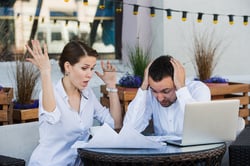 The laws governing the tax process are complex. Adding to this complexity is the fact that the laws often change. One change that has resulted in multiple lawsuits involves whether or not the Internal Revenue Service (IRS) can change the law and impose these changes retroactively.

What is the impact of a retroactive change to tax law? A retroactive change is designed to hold the impacted taxpayers accountable for tax obligations on years that have already passed. This can result in tax bills for previous years when the taxpayer already thought he or she was in compliance, potentially leading to tax controversies between individuals or businesses and the government.

Do these changes happen often? Such changes are not uncommon. The Supreme Court of the United States (SCOTUS) will decide later this week whether it will hear a case that challenges the constitutionality of a retroactive change to tax law.

What is the issue in this case? This case, as noted in a recent piece published in Accounting Today, involves a business that had dealings in Washington State. Washington’s legislature changed its business and occupation tax law to remove an exemption that was legal at the time. This meant that “out-of-state businesses [could] be sent bills for taxes they failed to pay when it was legal not to pay them.”

After the change went forward, the state charged the business for taxes over four previous years. The business paid under protest, stating that the law was unconstitutional. In short, the business argues that the change is a violation of the due process clause of the constitution. This essentially protects against arbitrary denials of property by the government. The government counters that the tax serves a legitimate purpose and should stand.

What will SCOTUS hold? If SCOTUS agrees to hear the case and follows precedent, it would likely rule in favor of the business. In the past, similar cases that attempt to fix errors in tax law within a year were allowed, but those that attempted to reach back much further than that were denied. However, it is important to note that these holdings were issued with Justice Antonin Scalia. The new make-up of SCOTUS makes it difficult to predict how the court will hold.

What does this mean for taxpayers right now? First off, the issue outlined above serves as a reminder to hang on to paperwork from previous tax filing years. Audits and other tax issues can arise in the future and having the paperwork can help ease the process of addressing these issues.

Second, it calls attention to the changing nature of tax law. Those who are navigating tax issues are wise to keep this in mind and seek legal counsel to better ensure their rights are protected.