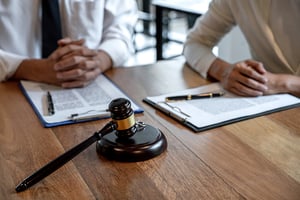 Taking advantage of company perks and fringe benefits is no new thing. For a New York CFO, the practice has plunged him and the company he works for into a media circus that could send him to prison.

Allen Weisselberg is the former Chief Financial Officer of the Trump Organization. Mr. Weisselberg, 73 years old, was charged with an array of tax crimes including tax fraud, falsifying records, and scheming to defraud tax agencies. Overall, the government accuses Mr. Weisselberg of attempting to evade more than $900,000 in taxes, while at the same time collecting $133,000 in tax refunds based on fraudulent tax returns.

Although investigation into the tax profile of the Trump Organization has moved slowly forward over the years, the turning point in the arrest of Mr. Weisselberg appears to have been the divorce of his son Barry Weisselberg.

A respectable sum, for sure, however, both children of the couple attend the Columbia Grammar and Preparatory School in Manhattan at a cost of approximately $100,000 per year for both students. The Weisselbergs enjoyed a high-end lifestyle, and also lived in an apartment overlooking Central Park.

While trying to reconcile the perks with the hard income, Ms. Weisselberg shared documents with Bloomberg News, and later the New York Attorney General and the Manhattan District Attorney. Although the couple is not facing charges, the ensuing deep-dive into the documents revealed the breadth of money and perks accruing from the potentially illegal practices of the Trump Organization in chronically underreporting income and taking high return deductions.

For many, the prosecution of Mr. Weisselberg on criminal tax charges is seen as a gambit to pressure the executive to provide evidence in the long-running investigation of the Trump Organization and its namesake, Donald Trump.

Like Michael Cohen, the disgraced former foot soldier of Mr. Trump, Mr. Weisselberg may eventually find turning informant may save him from spending his twilight years in a prison cell. Unlike another Trump ally, Paul Manafort, Mr. Weisselberg will not be able to count on a pardon from the President of the United States at the end of the day.

The law firm of Robert J. Fedor, Esq., LLC provides skilled guidance on questions of business compliance, criminal tax defense, and tax litigation. If you are contacted by an IRS Special Agent, contact us and set up a free consultation. We work with clients with domestic and offshore concerns. With offices in Chicago and Cleveland, call us at 800-579-0997.