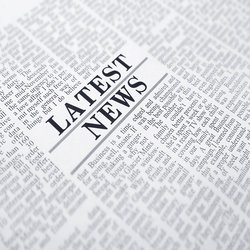 The way this headline set off alarms among angry U.S. taxpayers, it might as well have been written in fire. "Report: 1,580 IRS workers evaded taxes over 10-year period." That's what the Associated Press stated, setting tempers ablaze across the nation.

Some Cleveland residents who are themselves struggling with delinquent taxes were undoubtedly among those irked by the story. After all, you are expected to pay your taxes -- even when you're having financial difficulties -- so why are IRS employees getting away with delinquency for so long?
As it turns out, the story of tax-delinquent IRS staff is one of those articles with an attention-grabbing headline, but not much substance below. The head of the IRS recently noted that 99 percent of the agency's employees are tax-compliant. That's the highest compliance rate in the government, and significantly higher than the 92 percent compliance rate of the general public.

So the hype surrounding the story is a bit much. But let's take a look at the other facet of this story, one especially important to those who are themselves behind on paying taxes.

With the help of a tax attorney, you can, in many cases, prepare an offer in compromise that enables you to pay less than the full amount you owe the IRS. Talk to your attorney about whether or not you might be eligible to file an OIC (offer in compromise). The IRS says you might be approved for an OIC if you "are facing economic hardship or other special circumstances."

Even if your OIC is rejected, you might still be able to arrange an installment plan that will enable you to pay off your taxes. A handful of IRS employees might be preparing OICs as you read this. Regardless, there are attorneys available who can help you get through this process and other seemingly unsolvable tax problems.