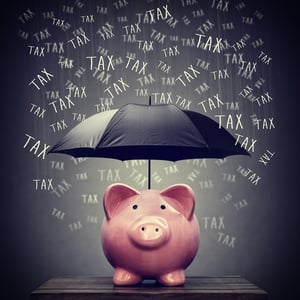 For the fourth consecutive year, abusive tax shelters are on the annual “Dirty Dozen” list posted by the Internal Revenue Service (IRS).

Abusive tax shelters rank among notable schemes that are often promoted during tax season as a means to save on personal and business tax bills.  Among those schemes, the IRS continues to warn about the use of micro-captive insurance shelters that are becoming more popular as a means to avoid income and other types of taxes.

Micro-captive insurance companies are commonly set up by large insurance or other companies to insure against unusual losses that may be virtually uninsurable on the open market.  But tax advantages to these so-called “captives” are attractive to small business, family businesses, and even estate planners.

While the cost of setting up a micro-captive is not cheap, investing in a captive can appear to offer the means to shelter large amounts of money.  Owners can draw loans or deposit money for future business use or heirs.  Investing in micro-captives can avoid income taxes and result in less tax on distributions that are eventually made from the insurance fund.  Sound good?

Your answer should be no. The IRS does not look kindly on micro-captive insurance companies as tax shelters.

What the IRS thinks about captives

The IRS warns about unscrupulous promoters of micro-captive shelters.  The agency notes that micro-captives are helpful in reducing insurance costs by allowing deductions for premiums paid on policies for certain, specific risks.  The IRS counts as abusive captives that accomplish the following:

Self-funding insurance resource or abusive tax shelter?  In the year to come, it is clear the IRS will continue to pursue micro-captives in courtroom settings.

If captives form part of your financial strategy, speak with a tax lawyer to ensure your investment does not qualify as a transaction of interest to the IRS.  If you are contacted by the IRS about a captive, or other tax shelter considered potentially abusive, get reputable legal advice about your options before a tax controversy arises.