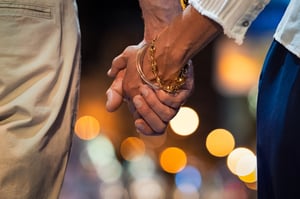 Tax schemes can only go on for so long. In May, an Alabama couple pled guilty to failing to pay employment taxes and failure to file personal income tax returns as well.

Reported by the Department of Justice (DOJ), these types of cases create a rolling roster of the ideas and energies of individuals who make it a rule to look the other way, rather than recognize the deepening mire of their tax fraud. Taken as a whole, the news releases served up by the DOJ can start to look the same—except they are not.

While there are undoubtedly citizens who dedicate their lives to criminal enterprise, many individuals caught up in personal and corporate tax crime happened into it by accident. A falsehood on an income tax return can lead to something bigger the next year. A cash-strapped business owner may take shortcuts to alleviate financial pressure. Things happen and choices are made, and for some time, it may seem like it is working out. But it crashes down fast.

In this case, Walter and Amy Williams owned a construction business in Hanceville, Alabama. The business was likely the lifework of Mr. and Mrs. Williams. The company, Dixie Steel Erectors, was founded in 1998 and pulls in between two and five million dollars per year. Mr. Williams is president, while Mrs. Williams does the books and office management.

About 13 years in, the couple may have run into an economic downturn—or decided it was time to live a little. Between 2012 and 2013, the IRS found the couple properly withheld payroll taxes, but then failed to payover the monies owed to the government. At about the same time, the couple started using business funds to make purchases on their behalf. Mr. Williams stopped filing personal income tax returns in 2009, while Ms. Williams stopped in 2013.

Each tax crime is slightly different. It is the differences that can lighten or deepen an eventual criminal tax charge. One of the best ways to make a difference when facing an IRS criminal investigation is to speak immediately with an experienced tax attorney.

Altogether, the employment tax fraud conducted by Mr. and Mrs. Williams cost the IRS about $503,000. They could each go to the Big House for five years and face money penalties, restitution, and probation. It is not likely their business will ever be the same. If you are involved in a questionable tax endeavor, make a difference today--speak with a knowledgeable tax attorney, and maybe avoid the bright lights of the latest news release from the DOJ.

With locations in Cleveland and Chicago, the law offices of Robert J. Fedor, Esq., LLC provide skilled legal guidance on offshore tax matters, tax audits, and criminal tax matters, among other tax issues. If you have questions on local or international tax questions, contact us or call 800-579-0997 today.