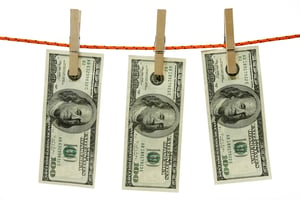 The scandal plaguing Danish Bank Danske took the life of the CEO at the helm, when the bank was used to launder an alleged $220 billion in funds from Russia and Eastern Europe.

Mr. Aivar Rehe headed up the Danske unit in Estonia at the center of a whistleblower complaint that revealed a money laundering operation of astounding proportions.  Mr. Rehe joined the branch, named Tallinn, in 2006, one year before Danske acquired the bank.

Although Mr. Rehe was not suspected of wrongdoing in the massive tax fraud, he nonetheless fell under the long shadow of the deed.  After being reported missing, the body of Mr. Rehe was found close to his home in an apparent suicide.

In 2007, Danske was warned by the Russian Central Bank of a potential tax crime described as “criminal activity in its pure form, including money laundering estimated at billions of rubles monthly.”  Danske apparently chose not to follow up on the warning provided about its non-resident portfolio in Estonia.

Described as potentially the largest tax evasion scam in history, the laundering operation was active between 2007 and 2015 and involved more than 6,000 mostly Russian customers.  After its acquisition by Danske, Tallinn became a clearinghouse for quietly channeling Russian funds throughout Europe to offshore tax venues.

In 2013, a whistleblower alerted authorities that the branch was laundering funds for family members of Vladimir Putin, the President of Russia, among others.  Despite the alert, Danske did not initiate an investigation into possible tax crimes until 2017.

In a move that should surprise no one, regulators are launching criminal tax investigations in the States and the EU to look into the involvement of Deutsche bank and its connections to the Danske money-laundering scandal.

Although Mr. Rehe was at the center of the storm, he was not among Estonian bankers suspected of being directly involved in scam.  At least eight employees of the bank have come under suspicion and it is tough to accept that Mr. Rehe had no knowledge of the activities of the bank.  In the least, the number of non-resident accounts of Tallinn exceeded allowable limits which raised suspicion in quarters outside of Estonia.

Executives and employees lose their jobs and fall under legal scrutiny, their banks lose business and brand, and investors think twice before using besmirched banks to manage their wealth.  But it is a personal and professional tragedy that Mr. Rehe lost his life.

Speak with Skilled Tax Lawyers in Chicago or Cleveland

At Robert J. Fedor, Esq., LLC we provide confidential, strategic legal solutions to persons notified of an IRS audit, tax crime, or other tax controversy.  With offices in Chicago and Cleveland, we serve clients and companies domestically and around the world.  Contact us or call 800-579-0997 today.