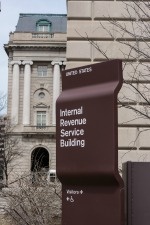 It is a fond dream cherished by many: Elimination of the Internal Revenue Service. With a wave of their hands, legislators could make the federal government’s tax-collecting agency disappear. The dream took a step closer to reality when the Republican Study Committee recently called for “the complete elimination of the IRS.”

Calls to eliminate the agency are increasingly popular among politicians in this election year, Reuters reports, but some wonder how realistic the idea is at this point.

The study committee doesn’t endorse the idea of eliminating taxation, but instead proposes to move tax collection dues “to a new, smaller and more accountable department at the Treasury." The brief proposal offered no other details on how massive IRS operations would move from one part of the Treasury Department to another, Reuters says.

A spokesperson for the chair of the study committee said IRS elimination would be one part of comprehensive tax reform.

He added that U.S. tax compliance is at 82 percent, a high level compared to other nations.

The IRS commissioner said that little would be accomplished by moving operations from one part of Treasury to another, saying that a name change wouldn’t change the core mission of tax collectors.

Cuts in IRS funding in recent years has rippled down to taxpayers who are now less likely to be audited than in the past. Of course, for those facing a tax audit, the need for professional legal guidance through the process is as acute as ever.  Contact a tax attorney for help today.