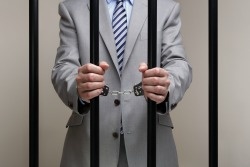 As part of his plea, Thornton admitted that he was responsible for collecting, accounting for and paying over to the IRS federal income taxes and Federal Insurance Contributions Act (FICA) taxes that were withheld from the wages of SEI and First Touch’s employees.

He collected more than $6.8 million in employment taxes from SEI and First Touch employees’ paychecks, but failed to pay those collected taxes over to the IRS.  Thornton also failed to pay his companies’ matching share of FICA taxes during those years.  During the same years that Thornton failed to comply with his employment tax obligations, he spent over $6.2 million on personal expenses, including house and condominium payments; vehicle, yacht and motorcycle loan payments; personal travel; and start-up funding for his wife’s beauty boutique.  As part of the guilty plea, Thornton admitted that his fraudulent conduct caused a tax loss of more than $8.9 million to the IRS.

He faces a statutory maximum sentence of five years in prison, three years of supervised release, a fine and restitution.  Under the terms of the plea agreement, Thornton has agreed to pay more than $10 million in restitution to the IRS.

Failure to pay over withheld taxes is a serious offense.  IRS Criminal Investigation will vigorously pursue anyone who, at the expense of their hard working employees, collects taxes and uses the proceeds for their own personal gain, rather than to fulfilling their employer obligations.