Employment Tax Fraud in the News: Avoid Your 15 Minutes of Fame 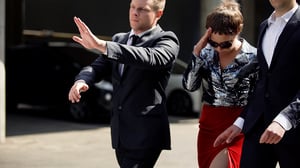 Operating a business of any size requires skill, responsibility, organization, and the ability to understand and execute on compliance issues. Sometimes proximity to stress and the company checkbook puts business owners and their company at risk if withheld employment taxes become a tempting target.

With corporate accounts and access to employee wage withholding, there are a number of ways that a payroll issue can arise. A recent IRS criminal investigation offers insight into how the choices and actions of business owners create difficult—but foreseeable—consequences. Let’s consider:

At this point, Mr. Hanson had the opportunity and information needed to work with a tax attorney to extricate himself from the employment tax dispute with the IRS. Instead, Mr. Hanson closed the at-issue business and began operations of the same business under a new business name.  Mr. Hanson appointed another individual as president of the new company, although Mr. Hanson continued to operate as usual—without paying over past due or accumulating employment taxes. Eventually that worked out to about $950,000 that was not paid to the IRS on behalf of the steel company employees.

Mr. Hanson engaged in an employment tax scheme akin to pyramiding. Pyramiding occurs when an operator of either an established business or a pop-up business fails to turn payroll taxes over to the IRS and winds down the business, usually declaring bankruptcy.  The business operator then sets up a similar business elsewhere and repeats the cycle. In the case of Mr. Hanson, he made no real attempt to disguise the wrongdoing, simply choosing to ignore the IRS.

Nobody needs the 15 minutes of fame that attends those who are prosecuted by the IRS. In addition to restitution, Mr. Hanson will spend a year in prison.

Ignoring the regulatory responsibilities of a business owner while at the same time profiting from that business is a short-term gamble. Eventually the house of cards falls and starts to look a lot like a prison.

Owning a business takes a lot of work and hard decisions. Making the decision to speak with a good tax lawyer to build, maintain, or restore compliance is always a good business strategy.

Trusted legal advice if you are challenged by a tax controversy in Cleveland, Chicago, or abroad

If you are concerned about business compliance, an offshore tax question, or need guidance with an IRS audit, the tax group at Robert J. Fedor, Esq., LLC can help. We deliver seasoned, strategic tax guidance. Call us at 800-579-0997 or contact us online.