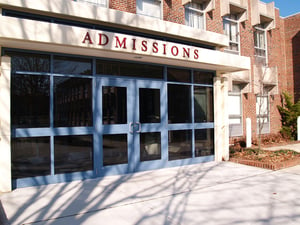 Parents involved in the college admissions scandal are already looking at jail, ruined reputations, and devastated children. They may yet have another concern—charges of tax crime.

By now the college admissions scandal has become tidal.  With the first wave, a media frenzy named names, outed celebrities, and pushed wealthy individuals who boosted their child’s chances of getting into a name-brand school into the spotlight.  The second wave of the investigation is pursuing additional parents, some of whom have peremptorily hired legal counsel.  The media identified a Chinese couple who made a $6.5 million donation to ease the admission of their child into Stanford.

The back story involves a college admissions consultant named Rick Singer who cultivated wealthy connections to boost his personal wealth and professional profile by using bribes to help students gain college admission.  With six figure payments into his tax-exempt corporation, Key Worldwide Foundation, Mr. Singer greased the skids of a network of coaches, recruiters, test-takers and others to obtain the desired collegiate admissions. Along the way, someone tipped off investigators and the house of cards fell.

For some of the accused, like actress Felicity Huffman, an early guilty plea may result in a lighter sentence than she might otherwise have expected. For others, failing to accept an early plea deal resulted in additional charges like money laundering.

By paying bribes into the non-profit organization of Mr. Singer, the bribe money became tax-deductible for parents who chose to report the deduction on their tax return. For filing a false tax return, parents could be hit with fines and penalties that may represent a significant portion of the money paid to the fake charity of Mr. Singer.

In letters provided as receipts from his foundation, Mr. Singer wrote that no goods or services were exchanged, despite the real nature of the donation as a bribe.

As of this writing, no parents have been charged with filing a fraudulent tax return, or tax evasion although the IRS and the FBI are investigating the scam together. Some wonder whether tax charges are being held for use as additional charges for individuals or couples who continue to refuse a plea deal. Other parents who paid their bribes from their own non-profit family foundations may find their tax-exempt status is imperiled.

Regardless of the lack of criminal tax charges, the IRS will likely pursue civil penalties for back taxes owed by parents which could be anywhere from 20 to 75 percent of the money they claimed as a deduction, depending on their circumstances.

Most parents want their children to get into a good university. In this scandal, some parents took that too far.

If the IRS calls, speak with an experienced tax attorney

With offices in Cleveland and Chicago, Robert J. Fedor Esq., LLC is a skilled tax firm handling criminal tax matters, IRS audits, tax litigation, and offshore tax issues.  Locally or globally, when you need strategic, confidential legal solutions, we can help. Call us at 800-579-0997 or contact us today.