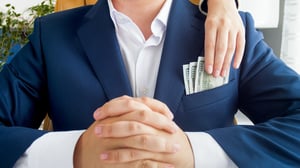 The former Chief Financial Officer of an Austin, Texas based company pleaded guilty today to willfully failing to pay over employment taxes to the Internal Revenue Service (IRS). Herzer was the CFO of AXO Staff Leasing from 2010 to 2016. He handled the company’s finances, including collecting and paying to the IRS taxes withheld from AXO’s employees’ wages.  He withheld nearly $5 million in taxes, costing the IRS a $13 million tax loss.

According to court documents, from 2010 to 2016, John Herzer was the CFO of AXO Staff Leasing (AXO), a professional employer organization.  Herzer handled all of the company’s finances and had final authority over which creditors to pay and when to pay them. Herzer was also responsible for collecting and paying to the IRS taxes withheld from AXO’s employees’ wages.  Despite this obligation, Herzer did not pay to the IRS AXO’s employment tax withholdings and instead used more than $4.9 million of those funds for his own benefit including paying personal expenses and transferring millions of dollars to his own bank accounts.  In total, Herzer’s fraudulent conduct caused a tax loss to the IRS of more than $13 million.

A sentencing date has not yet been scheduled. Herzer faces a statutory maximum sentence of five years imprisonment, as well as a term of supervised release, restitution and monetary penalties.

For business owners or corporations dealing with profit downturn, it can be tempting to cook the books in order to make ends meet—or to buy that luxury vacation home you always wanted. Before you do, consider the consequences and speak with a knowledgeable tax lawyer who can offer strategic solutions to resolve your tax issues before the IRS becomes involved.

When you are involved in an employment tax dispute or other tax issue, contact Robert J. Fedor, Esq., LLC for a confidential consultation. With offices in Cleveland, Ohio, and Chicago, Illinois, we deliver aggressive legal representation to resolve your tax concerns.  Contact us or call 800.579.0997 today.