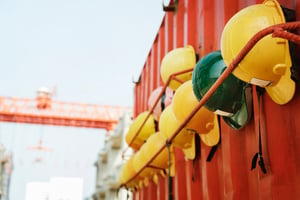 In the eyes of the Internal Revenue Service (IRS), one of the worst things a business can do is not pay their employment taxes. So after failing to pay nearly $1 million in payroll tax withholdings to the IRS, a Long Island construction business owner hung up his hard hat and plead guilty to the crime earlier this June.

Edward Hansen of Northport, New York, pleaded guilty to one count of willfully failing to collect, truthfully account for, and pay over payroll taxes to the IRS. According to documents filed with the court, Hansen owned and operated steel erection businesses in Suffolk County. From 2008 to 2011, the IRS assessed more than $480,000 in penalties against Hansen for his failure to pay over employment taxes on behalf of several of these businesses. After the last IRS assessment in May 2011, Hansen changed the name of his business to BR-Teck Enterprises Inc., and nominally transferred ownership to another individual. Hansen, however, continued to operate the business and continued to fail to pay over employment taxes. From January 2012 through June 2017, Hansen failed to pay over more than $950,000 in payroll taxes withheld from the wages of BR-Teck’s employees.

Hansen faces a maximum sentence of five years in prison for failing to pay over payroll taxes. He also faces a period of supervised release, restitution and monetary penalties.