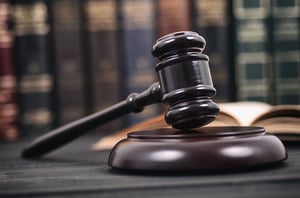 Big Labor has spent decades fighting a reputation for dealing under the table. A recent guilty plea by the former president of the United Auto Workers Union (UAW) is going to keep that assessment intact as a federal investigation continues to pull in high-level union officials.

In early June, 2020, Gary Jones, former UAW president pled guilty to conspiracy counts for tax fraud, evasion, and racketeering. Mr. Jones has agreed to fully cooperate with federal authorities in the hopes of receiving a more lenient sentence in October of this year. Without the cooperation agreement, Mr. Jones faces a maximum of ten years in prison and a sizeable fine.

What happened? The federal-level investigation into the UAW is now in its fifth year and still rolling. In addition to Mr. Jones, the criminal tax investigation has ensnared executives from Fiat Chrysler and at least a baker’s dozen of senior union officials. Some of the back-office revelations in this case include:

Despite the grandiose behavior of Mr. Jones with the money of others, authorities continue to pry up and expose related deals involving endorsements, home-improvement, and vacation homes built by and for other union officials. It is likely the testimony of Mr. Jones will hasten the light of day on some of these dealings.

Embezzling money from a business or organization for personal benefit is nothing new. The names may change, but the criminal tax charges pretty much stay the same. If you are aware of tax improprieties in your company—or trade group—talk to an experienced criminal tax attorney in time to protect yourself and your reputation.

Experienced and dedicated legal guidance if you face tax allegations

With offices in Cleveland and Chicago, the tax attorneys at Robert J. Fedor, Esq., LLC gives you answers to your questions about offshore tax havens, tax returns, or tax litigation. When you need skilled tax advice locally or abroad, call 800-579-0997 or contact us.