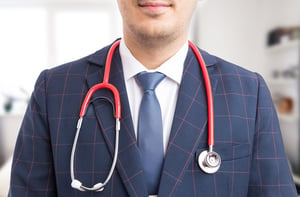 In what is being deemed "the largest health care fraud scheme charged by the U.S. Justice department", the owner of a south Florida health care facility was sentenced to 20 years in prison earlier this month for a decades-long fraud scheme. Investigated by the Fraud Section of the Medicare Fraud Strike Force, they uncovered the owner's complicated plan involving money laundering, false claims to Medicare and Medicaid, bribes, kickbacks, and more.

Philip Esformes, 50, of Miami Beach, Florida, was sentenced by U.S. District Judge Robert N. Scola of the Southern District of Florida, who also sentenced Esformes to three years supervised release. A hearing to determine restitution and forfeiture has been scheduled for Nov. 21.

“For nearly two decades, Philip Esformes bankrolled his lavish lifestyle with taxpayer dollars, paying bribes with impunity and robbing Medicare and Medicaid by billing for services that people did not need or get,” said Assistant Attorney General Brian A. Benczkowski. “It is a credit to the tenacity of our prosecutors and law enforcement partners that the man behind one of the biggest health care frauds in history will be spending 20 years in prison.”

“Philip Esformes will now spend years in prison for orchestrating a kick-back and money laundering scheme that defrauded America’s health care system out of millions of dollars,” said U.S. Attorney Fajardo Orshan of the Southern District of Florida. “The U.S. Attorney’s Office for the Southern District of Florida remains committed to working with our partners at the Department’s Criminal Division, the FBI and HHS-OIG to root out health care fraud and protect taxpayer dollars for patient care.”

“Philip Esformes is a man driven by almost unbounded greed,” said Deputy Special Agent in Charge Denise M. Stemen of the FBI’s Miami Field Office. “The illicit road Esformes took to satisfy his greediness led to millions in fraudulent health care claims, the largest amount ever charged by the Department of Justice. Along that road, Esformes cycled patients through his facilities in poor condition where they received inadequate or unnecessary treatment, then improperly billed Medicare and Medicaid.  Taking his despicable conduct further, he bribed doctors and regulators to advance his criminal conduct and even bribed a college official in exchange for gaining admission for his son to that university.  The FBI and its partners are constantly investigating health care fraudsters, big and small, who steal money from taxpayers at the expense of patients in need of quality medical care.”

“Healthcare fraud is a hidden tax costing billions of dollars every year and, as in this case, too often threatens the very health of vulnerable patients,” said Special Agent in Charge Omar Pérez Aybar for the Office of Inspector General of the U.S. Department of Health and Human Services (HHS-OIG). “Esformes--who provided shoddy medical care--stands convicted of fraud and is now paying the price. We continue working tirelessly with our law enforcement partners to protect people in government health programs.”

According to the evidence presented at trial, between January 1998 and July 2016, Esformes led an extensive health care fraud conspiracy involving a network of assisted living facilities and skilled nursing facilities he owned. Esformes bribed physicians to admit patients into his facilities. Then, he cycled the patients through his facilities where they often failed to receive appropriate medical services or received medically unnecessary services billed to Medicare and Medicaid. Several witnesses testified to the poor conditions in the facilities and the inadequate care patients receive.

Esformes concealed the poor conditions and scheme from authorities by bribing an employee of a Florida state regulator for advance notice of surprise inspections scheduled to take place at his facilities.  The evidence further showed Esformes used his criminal proceeds to make a series of extravagant purchases, including luxury automobiles and a $360,000 watch.  Esformes also used criminal proceeds to bribe the basketball coach at the University of Pennsylvania in exchange for his assistance in gaining admission for his son into the university.

Altogether, the evidence established that Esformes personally benefited from the fraud and received in excess of $37 million.