How Are Criminal Tax Investigations Initiated? 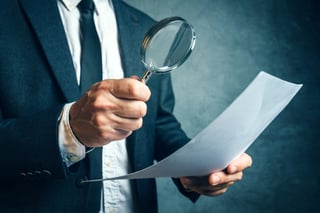 Being investigated for tax fraud can make anyone nervous. Even if a person being investigated doesn’t think they’ve done anything wrong, they can be intimidated by having to go up against a federal agency’s claims. They may also wonder how the criminal tax investigation was initiated, and what they could have possibly done to make the IRS think they should be the subject the investigation.

A criminal tax investigation often begins at an IRS audit: the auditor uncovers information they think points to fraudulent activity. To the IRS, a person who knowingly and intentionally evaded federal tax laws has committed fraud. Because that definition is vague, it’s up to the IRS to provide evidence of fraud. That’s means it will be up to the accused to give their own evidence to the contrary.

Investigations can also stem from information the IRS receives from the public. This can be a business partner, a family member, or even an ex-spouse. Again, in this situation the accused might have to prove their innocence against any accusations.

An IRS agent will review the information they’ve collected to determine if it looks like a tax crime has occurred. Once their preliminary information is approved, the agent can begin their “subject criminal investigation”.

A special agent report is prepared by the IRS when the information gathered has been determined to warrant an investigation. Several parties study the report, including a Criminal Investigation (CI) special agent in charge. If the CI special agent agrees with the report, they will submit it to the tax division of the Department of Justice (DOJ).

The Department of Justice analyzes the report and concludes whether the accused can be prosecuted. Using the report and other information from the special agent, the DOJ prepares for trial.

The IRS reports prosecuting a whopping 3,000 cases per year; their “no tolerance” policy sends the message that they will not allow tax crimes to fly under their radar.

Talk to A Tax Attorney about Your Case

Once they think they have uncovered tax fraud, the IRS will not shy away from prosecution. If they have you in their sights, you will need to fight to protect yourself. Consider talking to a seasoned tax attorney, like the team at Robert J. Fedor Esq., LLC. We assist clients all over the United States with their criminal tax investigations.