How Long Does the IRS Get to Audit Your Tax Return? 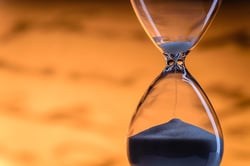 Starting up a business or adding a side consultancy can immediately complicate your tax return. Make a mistake and the penalties and interest can easily inflate a past due tax balance.

During tax season, this leads to the question posed in the title of our post. It also directly affects record keeping and the amount of time you need to hold onto documentation that supports business expenses and other types of deductions.

Rule of Thumb versus Playing It Safe

You may be aware of the rule of thumb. The IRS and state taxing authorities in Ohio and Illinois generally have a three year window to audit your tax return.

Exceptions to this main rule are what make the tax code so lengthy and tax law so complex.

One common reason that might extend the federal statute of limitations to six years is omitting more than 25 percent of income. What this means has been open to interpretation. For example, the Supreme Court and Congress have weighed in on the misstatement of basis. Currently, if basis in the sale of property is overstated the IRS can go back six years. A recent Forbes article discusses several others, including FBAR violations.

Because the IRS can frequently go back six years, a safe record keeping move is to hold onto supporting documentation for deductions and expenses. By not shredding these documents right at three years, it may ease the audit process if questions go back four, five or six years.

The IRS then has 10 years to collect assessed back taxes. Because each situation is different, seek the assistance of a tax controversy attorney, like those at Robert J. Fedor, Esq., L.L.C., when a notice of an audit arrives or you are struggling with IRS collections.