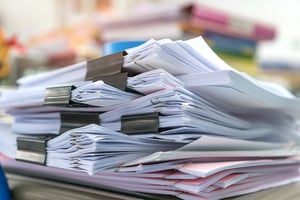 In testimony before the House, IRS Commissioner Rettig provided an update on the significant processing backlog at the Internal Revenue Services (IRS).

With tax season ending, taxpayers remain confused and frustrated with the extreme slowdown at the IRS. Coming into the 2022 tax season, the IRS had yet to process returns for the 2021 tax season for approximately 24 million taxpayers. This includes those owed refunds. It is not a joke that most taxpayers who reached out to the IRS in the last year were not able to reach a representative, due to overwhelming call volume and the chronically understaffed IRS.

Overall, the backlog is attributed to a number of factors which include:

Throughout 2022, the IRS has struggled to manage the backlog. In the past year, taxpayers have received IRS automated penalty notices for unpaid taxes. The agency has currently stopped sending out automatic notices to taxpayers with so many returns stuck in the backlogged pipeline.

In March 2022, Commissioner Rettig offered testimony before the House Ways and Means Committee to discuss the backlog problem. The Commissioner discussed the current tax season, ongoing resource challenges, and the inadequate budget. In his testimony, Commissioner Rettig also noted the agency experiences approximately 2.4 million cyberattacks per day. That figure has increased since 2017, when the agency was fielding only one million digital attacks each day.

When questioned, the Commissioner said he expects the agency backlog will be resolved by year-end, 2022. The IRS remains challenged, as do taxpayers who rely on the agency to maintain their own compliance and obtain refunds in a timely manner. There is little doubt the IRS has an action plan in place for the resources that it has. It may ultimately be up to the American taxpayer to accept limited services for the budget provided.

Representing local, national, and international clients from offices in Chicago and Cleveland, the legal team at Robert J. Fedor, Esq., LLC helps you respond strategically to questions about payroll tax issues, bankruptcy, or other tax controversy. Call 800-579-0997 or contact us today.