IRS to Crack Its Whip on Tax-Delinquent Federal Employees 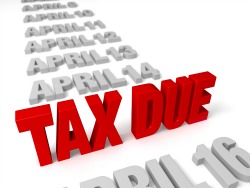 For many of us who are not federal employees, the news that hundreds of thousands of people working for the government are late paying their federal income taxes can be another in a long list of gripes about public servants. For those Ohio residents who work for the federal government, the news that hundreds of thousands of federal employees across the nation are delinquent comes with a quick retort: statistically, federal employees are more likely to pay their taxes in full and on time. So there.

Regardless of which side you're on, the real news is that the Internal Revenue Service is tightening the program aimed at bringing those tax-delinquent workers and retirees into compliance. The IRS says the more than 300,000 current and retired federal workers owe more than $3.5 billion in unpaid taxes.

The Treasury Inspector General for Tax Administration (TIGTA) says that the IRS is pretty good at collecting delinquent taxes from federal employees and retirees. Nevertheless, Accounting Today reports that 304,665 current and retired workers owed $3.54 billion (give or take a dollar) at the end of fiscal 2014. The program designed to nab delinquent payers is called the Federal Employee/Retiree Delinquency Initiative (FERDI).

TIGTA says FERDI can be improved by making better use of FPLP (Federal Payment Levy Program). (As you can see, the federal government is very fond of acronyms.) FPLP allows the government to tighten the screws on delinquent taxpayers, levying up to 15 percent of wages.

As we have stated before in this space, the government's power to issue a levy is substantial. The IRS describes it simply: "A levy is a legal seizure of your property to satisfy a tax debt."

Cleveland tax attorneys experienced in negotiating favorable settlements with the IRS can help you or your business in delinquent tax, lien and levy matters.