Is Tax Reform Possible? If so, What kind of Changes are best? 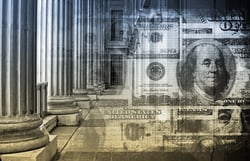 Filing for taxes is not a fun process. The instructions that go along with the forms are often pages long, and the forms themselves are difficult to follow. Lawmakers are well aware of the complaints of their constituents and often propose reform, yet reform has recently been lacking.

A recent piece in Bloomberg discussed the issue, with a focus on the need for a more simplified tax structure. The author notes that there are pros and cons to a simplified tax structure. Namely that a simplified system with clear tax rules can help economic growth by providing businesses with a system that allows for an increased focus on maximizing economic gain, as opposed to attempting to navigate all the potential liabilities to reduce their overall tax bill.

On the flip side, the piece also notes that the very rich can take advantage of such a system, ultimately making it unfair for “ordinary taxpayers.” The piece serves as a reminder that simpler is not always better, but that the current system is in clear need of reform.

What does the piece recommend? Ultimately, it recommends that tax reform focus on a limit to deductions and other similar preferences and a return of proceeds into the system to reduce the overall tax rates.

Will such a change actually happen? It is possible. Though, with all things political, it will depend on both sides working together to make any proposed changes become reality.

What can the average taxpayer take away from the publication? Unfortunately, the current system is far from simple. As such, it is not uncommon for mistakes to occur. In some cases, these mistakes can lead to a tax audit from the Internal Revenue Service (IRS).

If you find yourself the subject of an inquiry from the IRS it is wise to take the contact seriously. Reach out to an attorney to review your situation. An experienced appeal attorney will discuss your options if you disagree with the findings of the audit and work to help you achieve the best possible outcome.