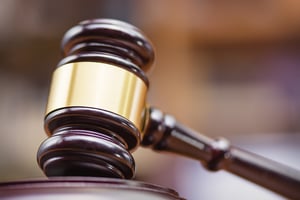 Kenneth Johnson, 75 years old, has represented the Buckeye-Shaker neighborhood on the Cleveland City Council for decades. In July 2021, his career of service ended with his conviction of submitting fraudulent tax returns, among other tax violations.

Mr. Johnson shared the largesse with the employee, and a long-time assistant of Mr. Johnson, 61-year-old Garnell Jamison. As part of the IRS criminal tax investigation into the matter, it was also found that $50,000 in funds from a federal Community Development Fund for his district made their way into bank accounts controlled by Mr. Johnson.

When solid evidence exists to support allegations made by the IRS, such as a false tax return, one wonders how the matter went all the way through a federal jury trial. In this matter, the employee who submitted fake timesheets pled guilty early and is understood to have provided enlightening background information on which the Councilman and his Assistant were charged several weeks later.

Our tax attorneys regularly represent business owners and taxpayers facing criminal tax charges. When dealing with tax litigation of this nature, early involvement of an experienced tax lawyer helps defendants make decisions in the best interest of mitigating the impact of a strong factual allegation. The decision to take a criminal tax matter before a jury is weighty indeed.

Both men will be sentenced in October 2021, their careers, reputation, and legacy in shambles. If you become aware the IRS takes an interest, speak with reputable tax counsel sooner than later.

The tax group at Robert J. Fedor, Esq. LLC offers strategic representation to clients throughout the country and abroad from offices located in Cleveland and Chicago. From payroll tax issues to a charge of criminal tax fraud, we can help. Schedule a free consultation by calling 800-579-0997 or contact us today.