Not Smelling Like a Rose—Pennsylvania Couple Convicted on Personal, Corporate, and Employment Tax Crimes 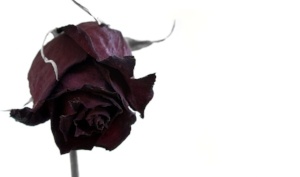 Using their internet floral business, a Pennsylvania couple engaged in multiple forms of tax fraud that will land them in prison.

Florist Concierge Corporation was incorporated in Florida, but formed in Pennsylvania.  The business was an internet and telephone call center for consumers nationwide to place orders for floral arrangements.  The Pennsylvania couple, Andrew Bassaner and Vicki Bunchuk, both 44 years of age and married, eventually contracted with an Oregon company to fill the floral orders received by their business.  Money withdrawn from the company was used on luxury expenses including a home in Windemere, Florida with monthly rent of $17,000.

By the time they were arrested in April, 2017, the blush was off the rose.  Facing a 27-count indictment, Ms. Bunchuk and Mr. Bassaner were charged with crimes that include:

While the scope of tax crime perpetrated by this couple is broad, it is worth focusing on the seriousness of employment tax fraud.  Misclassification of employees as contractors is a common means of avoiding employment taxes and workers’ compensation premiums.  As can be seen by the maximum sentencing guidelines, the IRS works to deter employment tax fraud.

Our firm regularly represents business owners, accountants, and controllers who fail to submit payroll taxes as required.  In this case, the defendants claimed they did not owe payroll taxes because they did not classify their workers as employees.  Because they were convicted on the counts of employment tax fraud, it seems apparent this couple did not have a reasonable basis for claiming their employees were independent contractors.  The IRS offers guidance on how to determine the classification of employees and independent contractors.

For employers who qualify, the IRS also offers a voluntary settlement program that allows businesses to reclassify misclassified workers and obtain a partial discount on federal payroll taxes owing.

For business owners or corporations dealing with profit downturn, it can be tempting to cook the books in order to make ends meet—or to buy that luxury vacation home you always wanted. Before you do, consider the consequences and speak with a knowledgeable tax lawyer who can offer strategic solutions to resolve your tax issues before the IRS becomes involved.

When you are involved in an employment tax dispute or other tax issue, contact Robert J. Fedor, Esq., LLC for a confidential consultation. With offices in Cleveland, Ohio, and Chicago, Illinois, we deliver aggressive legal representation to resolve your tax concerns.  Contact us or call 800.579.0997 today.