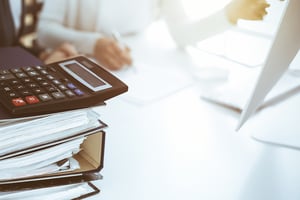 The Internal Revenue Service (IRS) plans to boost the number of small business audits it performs in 2021.

According to Bloomberg, the IRS deputy commissioner of examination for small businesses, De Lon Harris, told an audience of Certified Public Accountants that, “The IRS is focusing our efforts to increase compliance activity in this area of not only partnerships, but also investor returns related to pass-throughs. In the coming year, we are planning for 50% more than we had in the previous year.”

While this absolutely signals a renewed interest by the IRS in slightly bigger fish than it has been pursuing, there is also some relief to be had in that 50 percent increase. According to 2018 numbers, there were four million partnership returns filed that year. Of those, the IRS audited 140 returns. There is no typo there, a total of 140 partnership returns. The agency audited more partnership returns in 2010 than it did eight years later.

The number of S corporations audited in 2018 was a total of 397 returns, which about 0.01 percent of those actually filed.

Perhaps in response to stinging criticism that the agency spends too much time focusing on low- and middle-wage earners who claim earned income tax credits (EITC), the IRS explained that audit rates increase as income rises. The agency reports the audit rate for those with incomes between one and $10 million is 2.53 percent, while the audit rate for those with income over $10 million is approximately 8.16 percent. All that said, the IRS points out audits of high asset individuals are more complicated and may take years to resolve, whereas the audit of a taxpayer seeking a EITC takes about five hours. That sounds like something of a value to volume trade-off.

To reach these goals, the IRS plans to hire 50 additional agents with audit skills that range from individual to more complex partnership audits. If taken at its word, the number of audits of family-owned businesses, start-ups and tech- and hedge-fund start-ups could increase. During an IRS civil audit, IRS agents can review up to three years of reviews. If the initial review reveals a more systemic problem, auditors can request additional returns.

When looking for tax fraud, the IRS is more likely to focus on businesses that suffer losses for several years in a row, or that take a large number of deductions. Regardless of what brings the IRS to your door, be sure to speak with an experienced tax attorney before you answer it.

For skilled tax representation following allegations of tax crime, or a payroll tax issue, the legal team at Robert J. Fedor, Esq, LLC, robustly serves your tax compliance needs. Serving clients in Chicago and Cleveland, our legal team can answer your questions today. Call us at 800-579-0997.