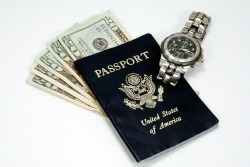 Around the world, U.S. citizenship is an enviable status. It's somewhat surprising; therefore, that the U.S. Treasury Department is expecting a record number of U.S. citizens to renounce their citizenship this year. In fact, since September, more than 2,350 individuals have taken steps to renounce their citizenship and many believe that the newly enacted Foreign Account Tax Compliance Act is behind many of these renunciations.

While FATCA was passed in an effort to crack down on the use of foreign accounts by U.S. citizens seeking to avoid paying taxes, similar to that described in our article regarding a Skokie business owner, U.S. citizens living abroad are experiencing other negative and unintended consequences.

Due to the increased scrutiny, costs and potential penalties associated with FATCA, some foreign banks and financial institutions are turning away U.S. customers.

Additionally, FATCA has proven to be especially burdensome for some Canadian residents who, despite living in Canada, are U.S. citizens. One man only learned he was actually a U.S. citizen upon visiting the U.S. in 2011. He's now in the midst of attempting to resolve debt issues related to back taxes the Internal Revenue Service claims he owns the U.S. government. He's among those U.S. citizens currently in the process of renouncing their citizenship.

While, prior to September 2014, costs associated with renouncing one's U.S. citizenship were relatively modest at $450; they increased significantly to $2,350. A representative from the U.S. State Department insists the increased fees are reflective of the true costs associated with the renouncing process. Some, however, see the fee increase as one more way the U.S. government is attempting to make money at the expense of foreign account holders.