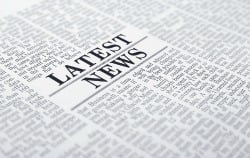 In our previous post, we discussed a proposed change in the appeals settlement process used by the Internal Revenue Service. The change would shift settlement decision-making authority from a group of 35 appeals team case leaders to their 6 managers.

While it might appear at first glance to be an effort to streamline the appeals settlement process, some tax controversy attorneys who spoke with Bloomberg BNA have concerns that the change would create a bottleneck that would slow the IRS appeals process.

A spokesperson for the tax collection agency says they are evaluating a "control weakness" in the appeals process. Some tax controversy attorneys said they understand the statement to mean that the agency wants to make appeals settlements more consistent and that the IRS might believe that some agreements its appeals officers forge with taxpayers and attorneys are unfair to the federal government.

If so, that would be an indirect admission that some tax controversy attorneys are more effective at negotiating settlements and representing their clients than the IRS would like, so it will attempt to level the playing field.

One attorney who spoke with Bloomberg BNA speculated that the IRS might perceive that some of its appeals team case leaders are settling cases with insufficient documentation to support the settlement. The lawyer pointed to a report from the Treasury Inspector General for Tax Administration which reviewed a sample of penalty appeals cases and found $39 million in questionable penalty abatements.

Tax controversy attorneys across the nation are keeping watchful eyes on the proposed changes.

The tax attorneys at Robert J. Fedor, Esq., L.L.C. travel from offices in Chicago and Cleveland to locations across the nation (and world) to help taxpayers resolve disputes and to represent clients in tax court.