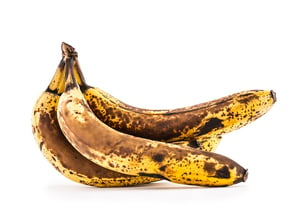 Talk about rotten apples.  A company that sells “gift box quality” fruit from its trucks during the growing season trusted its tax filings to a bad banana.

Thomas Paine, a 64-year old Wisconsin executive, was sentenced to a lenient 18-month prison sentence after pleading guilty to tax fraud, via tax evasion.  Tax evasion is a broad term used by the Internal Revenue Service (IRS) to refer to “any person who willfully attempts to evade or defeat any tax imposed…” under the tax code.

Tax evasion can be a creative, colorful crime, or it can be hidden among bushels of documents or even peaches.  In the case of Mr. Paine, he was the Vice President and Treasurer of G.W. Paine, Inc, which ships and sells fruit and produce doing business as Tree Ripe Citrus Company.

Tree Ripe sells produce directly from refrigerated trucks in more than 160 places in Wisconsin and the Upper Midwest.  The company delivers naturally ripened fruit to consumers who buy produce like blueberries, peaches, pecans, oranges, and grapefruits in bulk.  It is good business but you wouldn’t know it by reading the tax returns from Tree Ripe from the years 1997 to 2012.

Between 1997 and 2012, Mr. Paine failed to file corporate tax returns for Tree Ripe.  He carefully structured the deposit practices of his company to ensure that many of the deposits reported by their bank fell below $10,000, the threshold that triggers report to the U.S. Treasury.  Between the years 2012 and 2013 alone, Mr. Paine structured deposits in excess of $400,000.

In his guilty plea, Mr. Paine admitted to creating a tax loss of between $250,000 and $550,000. His salad days over, Mr. Paine will be cooling his heels in federal prison.  Charged with tax crimes that could have landed him in prison for decades, Mr. Paine got off lucky.

Or did he?  The Tree Ripe Citrus Company was built by his father, Gordon.  While Mr. Paine may see less than two years inside a prison, he will be on probation for two years and owes $421,621.99 in restitution for his crimes.

With his business and personal reputation in shambles, owing almost a half million dollars, and looking at prison time, it is important again to ask C-suite executives whether the short-sighted profit of schemes that involve failure to file, or submitting fraudulent tax returns is worth the loss in the end.

Mr. Paine knowingly structured his tax dodge and failed to file accurate, timely tax documents.  While Mr. Paine is doing prison time, the reputation of his family company went down as well.

Bottom line?  If you have an officer responsible for filing corporate tax returns—make sure you see annual, audited evidence of corporate compliance.

The tax attorneys at Robert J. Fedor, Esq., LLC deliver experienced legal representation if you are involved in a tax controversy or questioned about filing false income tax returns.  With offices in Chicago and Cleveland, we serve local and international clients. Call 800-579-0997 or contact us today.