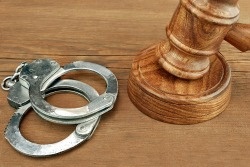 Depending on who you are, tax scandals may not be all that interesting of subject matter. When the scandal involves somebody who should know better, though, it is a bit more interesting. Recently, former U.S. Tax Court judge Diane Kroupa was indicted on charges that she conspired with her husband to evade her federal tax obligations.

Kroupa served for a number of years on the U.S. Tax Court, having retired only a couple years ago. Authorities accuse her and her husband of understating their taxable income by roughly $1 million and their tax obligations by almost $400,000 between 2004 and 2010. Among the charges the couple is facing is tax evasion, obstruction of justice, making false tax returns, and conspiracy.

According to prosecutors, the tax evasion was largely—though not exclusively—tied to false deductions taken over the years by Kroupa’s husband in connection with his consulting firm business. Wine club fees, airline flights, Pilates classes and other personal expenses were instead claimed as business expenses.

At this point in the case, of course, the couple has only been charged. Prosecutors have not definitively proven anything yet, and it remains to be seen what details will emerge in the case, and what the ultimate outcome will be. Though it would be easy to assume Kroupa knew exactly what was going on, it isn’t known yet how involved she really was in preparing the couple’s tax returns, nor how much knowledge she had of any wrongdoing. These are factors that could make a difference in how she is dealt with by the IRS.

In our next post, we’ll look a bit more closely at what protections are available to an innocent spouse who is caught in the midst of a federal tax investigation.

If you are facing a tax audit or charges of tax fraud, protect your rights and business interests with an experienced and knowledgeable tax lawyer at our nationwide law firm, contact us today for help.