Tax Deductions For All Occasions 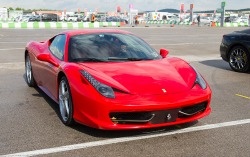 Hunting season is open. The prey? Tax deductions. Everyone wants to bag some by April 15. Forbes recently ran an article describing some unusual, though wholly legitimate tax deductions. Not all of the deductions will work for all people. In fact, it’s pretty likely that most of them will apply only in very limited circumstances.

For instance, a few years ago, an exotic dancer got breast implants to dramatically boost her size. When she wrote off the surgery bill on her taxes, the Internal Revenue Service disallowed it, saying it was cosmetic surgery and therefore not deductible. The Tax Court ruled that she could claim the enhancements as depreciable assets, however.

As noted, most of these deductions only apply in very limited circumstances. Very limited.

Another example Forbes cited, involved a man who paid his live-in girlfriend a total of $9,000 to do his housekeeping chores for him, as well as to find furniture and oversee rental property repairs for him. The IRS rejected the man’s deduction of her pay, but the Tax Court said $2,500 of the amount paid was a legitimate business expense (the housekeeping chores were not deductible).

Another case involved a man who had too much alcohol at a party, but waited for hours to sober up. Regardless of the wait, he wound up driving off of a road and being arrested. He damaged his car and his insurance company refused to pay on his claim. So he paid for the repairs himself and then deducted them. The IRS said “oh, no you don’t,” but the Tax Court allowed the deduction for his casualty loss.

As the writer of the article notes, the deductions listed here (there are more in the article) are not for everyone.

Some deductions might strike the IRS as strange and wind up prompting an audit. For many people, that is a nightmare scenario. However, with an experienced tax lawyer at your side throughout the audit process – including in any appeal to Tax Court – favorable results are possible, as the above anecdotes demonstrate.