Tax Error Doesn't Have to Derail Your Life 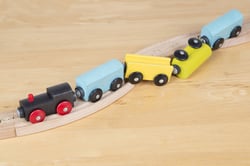 America is going through another of its turbulent political seasons. While we have no interest in this space in choosing sides, we are interested observers who notice that Democrats and Republicans are agreed that a tax error does not have to ruin your life.

Democrat Sen. Charles Schumer recently called for White House budget director nominee Mick Mulvaney to withdraw from consideration from the post after a tax error came to light. The call for withdrawal was quickly rejected by the new administration. You might recall a similar controversy some years ago swirling around President Obama's Treasury Department nominee Timothy Geithner.

It was widely reported at the time that Geithner had mistakenly failed to pay Social Security and Medicare payroll taxes. Republicans called on him to withdraw from consideration for the Treasury post.

This time around, it's Mulvaney in the spotlight. According to Bloomberg Politics, he reportedly failed to pay more than $15,000 in payroll taxes and Democrats are calling on him to withdraw.

The lesson to be learned is not a partisan one. Rather, the lesson is that even financially sophisticated people make mistakes on their taxes. Our tax system is complicated and errors are bound to happen.

Making a mistake need not derail a career or disqualify a person from serving the nation. But, it is wise to address the tax error quickly and effectively. In many cases that will mean speaking with a tax controversy attorney who can help you understand your situation and your options. In the event you have have made a tax error, contact an experienced tax law firm, like Robert J. Fedor Esq., LLC. We can return you to compliance and peace of mind.