Tax Evasion, Wire and Securities Fraud Add Up to 72 Months in Prison for Utah Man 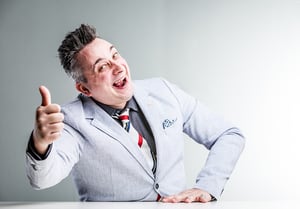 A 64-year-old man with a history of tax controversy pled guilty to tax crimes that will land him in prison for the next six years.

As a financial advisor, Henry Brock set up shop in St. George, Utah, a scenic retirement city in southern Utah.  There, Mr. Brock solicited investors in a criminal tax fraud called an “IRA Exit Strategy.”  Mr. Brock sold his investment vehicle through internet advertisements, telephone and email marketing along with seminars between 2009 and 2017.

As a product, the IRA Exit Strategy was a sweet deal.  In order to avoid payment of taxes on proceeds from IRAs, Investors were issued tax receipts that appeared to show they incurred losses through investment in Mutual Benefit International Group, Ltd, the business group owned by Mr. Brock.  The losses purportedly incurred by investors offset penalties and taxes for IRS withdrawals.

Unwittingly, those duped by Mr. Brock filed fraudulent tax returns that showed a collective phony loss of $3.8 million.  The resulting tax loss, according to the Department of Justice, was over $1.1 million.

Interestingly, Mr. Brock had already entered into a Stipulation and Consent Order with the Division of Securities of the Department of Commerce for the State of Utah.  In April, 2006, Mr. Brock was investigated and accused of securities fraud.

As a result, Mr. Brock settled at that time with the State of Utah agreeing, among other actions, to be barred for life from acting as an investment advisor, including promoting the sale of securities through seminars, referrals, or other actions.

Despite the agreement, Mr. Brock returned to familiar territory, set up shop, and managed to raise over $10 million in good faith investments in an absolutely illegal tax dodge.  Mr. Brock also used monies invested in his scheme for personal expenses.  In one account, he transferred $196,323 in investment funds for his own business and personal use.

Mr. Brock achieved this short-lived success despite the fact that his earlier crime, and bar from working with securities, was registered on the website of the Financial Industry Regulatory Authority (FINRA).  The Broker Check tool on the FINRA website is a first stop for due diligence when you are working with investment advisors and brokers.

Ultimately, Mr. Brock pled guilty to securities fraud, wire fraud, and tax evasion.  While he could have been sentenced to 20 years in prison, Mr. Brock received a relatively light sentence of 72 months, three years of probation, and restitution of $12 million.

When investing, speak with more than one expert, especially if the deal sounds too good to be true.  If you receive a notice of any kind of IRS audit—be sure to speak with an experienced tax lawyer.

Talk to a knowledgeable IRS tax attorney in Chicago

The law offices of Robert J. Fedor, Esq., LLC provide decisive legal representation on criminal tax charges or other tax controversy or crime.  When you become aware you are under investigation, or receive a notice of a tax audit, call us at 800-579-0997 or contact us online today.