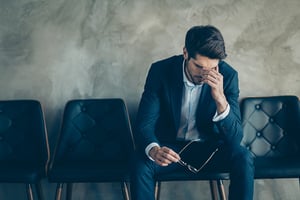 Can claiming you made an innocent mistake on your tax return get you out of hot water with the Internal Revenue Service (IRS)? Maybe so, maybe not.

Simple errors on tax returns are common. Individual taxpayers and business owners may forget a schedule, file a return with miscalculations, or misinterpret what is being asked. It happens. The IRS may catch it or may not. If you receive a letter from the IRS or become the focus of an IRS civil audit, it behooves you to speak with a tax attorney to review your tax profile and reporting. In some cases, there may be an opportunity to prove the miscalculation, while in other situations, it may be tough to prove it is not tax evasion.

Let’s look at the case of Mr. Jonathon Michael, a mechanic in Springfield, who worked with port operations in New Jersey. Like the rest of the working world, Mr. Michael was asked to designate his withholding allowance on an IRS W-4 form. The form allows an employer to calculate the amount of wages to withhold and pay the IRS on behalf of the employee. In 2014, Mr. Michael completed and submitted the W-4 form verifying he was exempt from federal income tax withholding.

Mr. Michael earned more than $260,000 per year and had no recognized exemption from paying employment taxes. At this point in the story, Mr. Michael appears to have made a serious mistake with regard to designating his withholding allowance. Signing on the bottom line of the form acknowledges that information is accurate and subject to charges of perjury if it is not. As a result of the W-4, his employer withheld no taxes for Mr. Michael.

Employers annually provide the IRS with a W-2 form for each employee. The W-2 alerts the IRS to the actual wages, compensation, and withheld taxes paid by each employee. It is pretty easy math for an algorithm to compare incoming W-2s and W-4’s. The difference can mean an IRS tax investigation. In this case, that is just what happened.

In 2016, the IRS stepped in and advised the employer of Mr. Michael to disregard the W-4 he provided and to begin withholding appropriate wages on his behalf. At this point, Mr. Michael was alerted to the intervention of the IRS and their focus on his tax situation. The story might have ended here had Mr. Michael acknowledged the “mistake,” and paid and filed his taxes accordingly along with arrears and penalties for the years 2014, 2015, and 2016. To this point, Mr. Michael could have argued, if pressed, he made an unintentional mistake and intended to make good on it.

But—that is not what happened. Instead, Mr. Michael wrote a letter to his employer attesting to the correctness of the prior W-4 he had provided. As a result, his employer withheld no payroll taxes on his behalf for the year 2014 through 2018. Given fair warning that the IRS could consider his choices as a tax crime, he chose to stick to his story, pretty much foreclosing the opportunity to claim he made an unintentional error.

In April 2021, Mr. Michael was indicted by a federal grand jury for tax evasion and willful failure to file individual income tax returns. Overall, he failed to pay withholding and federal income taxes on $1.6 million in income earned over the five-year period in question.

The devil is in the details between an unintended error and willful tax evasion. Mr. Michael faces approximately ten years in prison for not responding to the IRS when he had a chance. While his sentence will likely fall well short of ten years, he owes significant money to the IRS.

If contacted by the IRS or when you become aware the IRS is investigating your company or tax status—speak with an experienced tax lawyer right away.

The tax group at Robert J. Fedor, Esq., LLC helps you answer questions about your individual or business tax return, or concerns you might have about foreign bank accounts or compliance. When you need experienced tax advice, call 800-579-0997 or contact us.