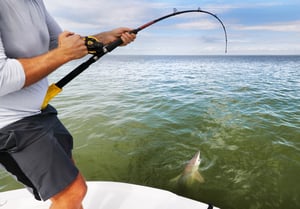 In keeping with its promise to pursue high-ticket tax offenders, the Department of Justice (DOJ) recently announced a 39-count indictment against Robert Brockman, a Texas billionaire and CEO of Reynolds and Reynolds, an Ohio-based software company that provides services to car dealerships.

The allegations against Mr. Brockman are sweeping, including the use of offshore tax havens, secret Swiss bank accounts, and funneling proceeds from the sale of assets into other entities where they could remain hidden and untaxed.

The IRS reeled in a big fish with this investigation. DOJ officials note, “As alleged, Mr. Brockman is responsible for carrying out an approximately two billion dollar tax evasion scheme. IRS Criminal Investigation aggressively pursues tax cheats domestically and abroad. No scheme is too complex or sophisticated for our investigators. Those hiding income or assets offshore are encouraged to come forward and voluntarily disclose their holdings.”

There is no doubt the criminal tax defense attorneys retained by Mr. Brockman will be the best that money can buy. Facing prison time and significant penalties for his decades-long schemes, Mr. Brockman is in for a fight, code-name, “Tax Trouble.”

With offices in Cleveland and Chicago, the tax lawyers at Robert J. Fedor, Esq., LLC deliver aggressive criminal tax defense if you are challenged with allegations of tax crime or business concerns involving an employment tax dispute or offshore tax issue.   When you need experienced advice, call us at 800-579-0997 or contact us online when you need a skilled attorney you can count on.