The FinCen Files—The Truth is Out There 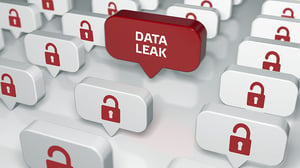 The US Financial Crimes Enforcement Network recently saw more than 2,000 of its Suspicious Activity Reports (SARs) leaked to the media outlet Buzzfeed and shared with the International Consortium of Investigative Journalists (ICIJ). Tax fraud, money laundering, shady offshore tax deals, and more brought to you by financial institutions that dutifully filed the regulatory reports with one hand while helping launder vast sums of money with the other.

So what is it all about?

The ICIJ is a network of investigative journalists working around the world to combat financial crime and the dirty money that daily flows around the world, sucked from impoverished countries to fund terrorist cabals, enrich corrupt officials, and basically help the rich get richer in an illegal way.

Originally breaking ground on the Paradise Papers, a leaked document set that exposed the secrecy jurisdictions and sometimes dirty dealings of the elite and famous, the ICIJ has composed a premier investigative resource for connecting the global dots when it comes to dodgy financial bedfellows and money laundering. Their latest project is the FinCen files, so named for the US agency from which SARs were leaked to the organization by Buzzfeed.

Prior to publication, FinCen went so far as to post a statement online noting that the upcoming media reports utilized “sensitive government documents,” the exposure of which is a crime and national security risk. Ouch.

Buzzfeed in turn collected some of the SARs as part of other investigations and in large part by the illegal alleged downloading of the documents by a high ranking Treasury official who has since been arrested.

What do the files tell us?

Essentially, the leaked documents tell an ugly truth about the depth and breadth of illegal money laundering in which individuals, groups, and corrupt banks participate as willing partners 24/7.

Global financial institutions are required to file SARs with the US Treasury if they believe a client (or clients) are engaged in tax crime and other illegal activities. The upshot is that while the banks were dutifully handing in their SARs, they were taking part in activities associated with the illegitimate aims of the clients they reported.

Without making the SARs public (which is a crime), Buzzfeed and the ICIJ report on a virtual rogue’s gallery of financial institutions that have received a slap on the wrist, and relatively small fines even as their participation in large scale money laundering continued unhindered. Some of the banks named by Buzzfeed include HSBC, Deutsche Bank, JP Morgan Chase and Bank of America.

The secretive SARs reports are rarely, if ever revealed, and the reporting around this treasure trove sheds some light on over 200,000 transactions involving $2 trillion between the years 1999 and 2017.

If you have some time, the scope of the money laundering and global crime makes for an interesting read. Stay tuned as the ICIJ continue to consolidate investigative efforts to prove the truth really is out there.

Located in Cleveland and Chicago, the criminal tax attorneys at Robert J. Fedor, Esq., LLC respond to your concerns about allegations of tax fraud, tax litigation, or an IRS criminal tax matter. When you need skilled tax advice locally or abroad, contact us today or call 800-579-0997.