The Goose is Cooked—Restaurateur Charged with Tax Fraud 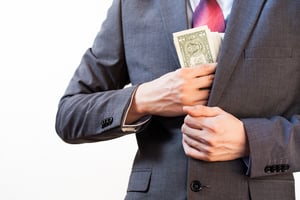 A successful restaurant and an opulent lifestyle led to a guilty plea in federal court in January as restaurateur Adel Kellel admitted he had “cooked his books” for years.

Tax crime is often one of opportunity, and for some, it may appear to be a necessity.  As we have talked about before, many business owners find themselves in financial straits that lead them to mishandle payroll tax issues, file fraudulent tax returns, or fail to file tax returns altogether—in a misguided but understandable bid to save their business.

There are also operators who skim profits, receipts, and employment taxes for personal use.  Also understandable.  In each case, it is important to connect with skilled criminal tax defense before charges are filed if at all possible.  In the case of Mr. Kellel, it appears he was alerted to the allegations against him when the Internal Revenue Service (IRS) came knocking.

Notes US Attorney Geoffrey Berman, in reference to Mr. Kellel, “His scheme was a recipe for making millions in unreported income, but now he will have to pay for his gluttony.”

This is a case where Mr. Kellel took advantage of his restaurant to fund his desired lifestyle.  Mr. Kellel operated Raffles Bistro out of a New York hotel.  Between 2012 and 2015, he skimmed money, diverted checks, and moved approximately $2 million from the business into his personal accounts without alerting his accountants or paying appropriate taxes.

The ill-gotten gains were used to rent an apartment in Manhattan as well as pay condominium fees, underwrite tuition for his children, and fund shopping sprees at retailers like Saks Fifth and Hugo Boss.  Mr. Kellel also had a taste for luxury cars and used the money for payments on Porsche, Maserati, and Mercedes vehicles, as well as for extensive domestic and travel abroad.

Mr. Kellel has admitted he caused a loss of approximately $771,195 to the IRS and faces a maximum prison term of five years in prison, along with penalties, and probation.  He will face sentencing in April of this year.

Although it is a common story with a predictable outcome, skilled legal representation can help at any stage of a criminal tax matter.  If you are aware of shade in the tax dealings of your business or personal wealth management, get experienced legal advice quickly to get a better chance at a good outcome.

Speak with skilled tax lawyers in Chicago or Cleveland

At Robert J. Fedor, Esq., LLC we deliver experienced legal representation if you face allegations of tax crime or are notified of an IRS audit.  With offices in Chicago and Cleveland, we serve clients and companies nationally and around the world.  Contact us or call 800-579-0997 today.