The Ways in which IRS Audits Affect Future Behavior 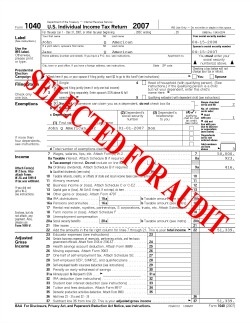 It is reasonable to expect that a painful experience – and an audit by the Internal Revenue Service can certainly hurt – alters future behavior. Recent research shows that there are surprising differences in the changes in behavior between individuals and businesses that go through audits.

A professor who specializes in the behavioral impacts of tax policy says that corporations and individuals have sharp differences in future behavior. While audits can be “extremely effective in reducing individuals’ subsequent tax evasion,” corporations will often “increase tax aggressiveness for a few years following an audit, and then reduce it sharply.”

Corporations apparently learn from the audits and understand that small- and medium-sized firms are not likely to be audited every year. So they will often become more aggressive in the aftermath of an audit.  Though that aggressiveness wanes after a few years.

Audited individuals have the opposite reaction, he said. They report more taxable income, not less. They’re less adventurous with future tax returns, the research shows.

Analysts of IRS collections often pay close attention to revenue generated by audits. But the professor said that the changes in behavior provide a secondary stream of revenue from taxpayers striving to be in compliance after audits. “The amount of revenue that is collected after an audit is about equal to the amount that was received directly from the audit itself,” he told accountingtoday.com.

Part of the difference in behavioral responses between individuals and businesses is due to the more sophisticated understanding of the frequency of tax audits. Individuals (especially those who are not high-income) are often less tax literate, and might therefore believe that once they have been audited, the IRS is likely to target them again in the near future.

It is possible, too, that some individuals might not be as aware of their right to appeal audit results. One appeals option is an informal meeting with an Appeals or Settlement Officer, at which you can be represented by a tax attorney. Other options Include appeals through mediation or through the courts. A discussion with an experienced tax attorney can help make your best options clear.

With the help of a skilled IRS tax attorney, it is even possible to appeal a tax liability without face-to-face IRS contact. An IRS tax lawyer will explore and explain your full range of options so that you can make informed decisions about how best to proceed with an IRS audit.