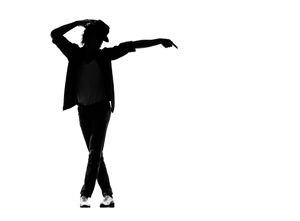 Although he died in 2009, the value of the name and likeness of the “King of Pop” took center stage in a recent ruling by the U.S. Tax Court.

Michael Jackson died at the age of 50, but his estate and questions about his controversial lifestyle live on. A longtime celebrity fixture, the fortunes and fame of Mr. Jackson were fractured toward the end of his life. Charges involving child molestation persistently dogged him although he was acquitted in a high-profile trial. When he died of a drug overdose, he was attempting a comeback of sorts, a period of time referred to by U.S. Tax Court Judge Holmes in his brief as “The Unconsummated Comeback.”

As an aside, for fans or those curious about Michael Jackson, his career, and discography, the 270-page (with appendices) brief on the matter is a vivid walk through the twists and turns of the life of Mr. Jackson and the actions of his Estate following his death. Judge Holmes writes, “Jackson had outlived the peak of his popularity, but in the decades before his death he kept spending as if he had not...He went deeply into debt to keep his life as it had been. Those debts increased; the interest on them rose; bankruptcy was a foreseeable outcome.”

One of the primary issues before the Tax Court was the value of the name and likeness of Michael Jackson when he died. The estate of Michael Jackson placed a value of $2,105.00 (you read that right) on the Jackson brand name. The Internal Revenue Service (IRS) on the other hand, valued the Jackson brand at $161 million. There are a lot of zeros between $2,000 bucks and $160 million.

The issue is an important one. The value of the likeness and name of Mr. Jackson bears heavily on the tax liability the estate could be expected to pay. According to The New York Times, the IRS reckoned the estate owes somewhere in the vicinity of $200 million based on its estimates of the valuation of Mr. Jackson’s brand.

The valuation expert retained by the IRS to testify at trial bootstrapped the IRS. Judge Holmes dedicated an entire section of the brief to detailing the credibility problems of Weston Anson, chairman of CONSOR Intellectual Asset Management. The Judge decisively detailed lies told under oath by Mr. Anson and it just goes downhill from there.

With regard to the $2,105 valuation provided by the estate, Judge Hawkins took issue with the valuation that roughly compared the commercial value of Mr. Jackson’s name with “the price of a heavily used 20-year-old Honda Civic.”

Ultimately, the Judge placed a value of $4.2 million on the name and likeness of Mr. Jackson. The estate was ecstatic with the ruling and the IRS has yet to be heard from.

Bottom line—whether you have real estate in gated enclaves around the world, or a nice home in the suburbs, take a look at your estate planning and asset valuation while you are still around to get the job done right. Too often the King of Pop got the wrong kind of publicity, and an expose’ from the U.S. Tax Court doesn’t help.

If you are hit with an IRS audit, or have compliance issues, talk to an experienced tax attorney to keep your name and your brand out of the news. No one needs those 15-minutes of fame.

From offices in Chicago and Cleveland, the tax attorneys at Robert J. Fedor, Esq., LLC deliver timely, strategic representation for clients facing allegations of tax crime, employment tax dispute, or other tax controversy. When you hear from the IRS, call us at 800-579-0997 or contact us today.