To Pay or Not to Pay—What Represents Tax Residency in New York? 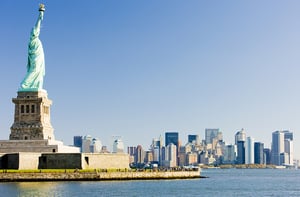 New Yorkers who work outside the state may consider themselves nonresidents for tax purposes. A residency audit may prove otherwise.

A residency audit is a tool used by the State of New York to assess whether a taxpayer is a nonresident or actually a part-year resident. We have worked with New Yorkers who believe they do not owe city and state taxes because they worked outside of the state for more than 183 days. To the surprise of some, the criteria for determining residency during an audit depends on more factors than your physical whereabouts for a portion of the tax year.

Criteria used to evaluate residency in the State of New York can include:

New York residency audits are often conducted in person as a field audit. A former resident of New York may also receive an automatically generated letter initiating a desk audit requesting information and proof of domicile elsewhere. Field audits are more labor-intensive than desk audits. The purpose of these audits is to identify the true domicile. Residency audits are known to be cumbersome, lengthy, detailed, and frequently intrusive.

If you have questions about residency, have been contacted for a residency audit, or are interested in understanding how to prove non-residency, speak with a reputable tax attorney experienced with tax and residency audits in New York.

The legal team at Robert J. Fedor, Esq. works with residents and non-residents of New York to respond to tax and residency audits, tax controversies, and compliance issues. When you have tax questions, call us at 800-579-0997 or contact us. We serve clients across the U.S. and abroad from offices in Cleveland and Chicago.