Up and Coming: Philippines Look to Tax Big Tech 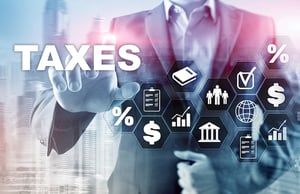 The pressure on Big Tech to pay big taxes is global. Even as multinational companies battle allegations of tax fraud in Europe, countries in Southeast Asia are moving to claim their share of the digital pie.

While the entrenched battle of the EU to tax Big Tech often makes headlines, countries in Southeast Asia are quietly becoming an attractive market for multinational companies and Big Tech. Several countries including Vietnam, Indonesia, Thailand, and the Philippines are moving forward with individual legislation aimed at regulating foreign businesses and investment in different ways.

According to Reuters, ASEAN is interested in initiatives that harness the profit power of digital goods and services available in the region while avoiding divisive racial and ethnic conflicts that leaders in the area believe are related to digital services. Sidestepping the question of censorship, the group believes internet services are able to drive culture and derive profit, but are not paying their fair share of taxes for the privilege.

Adding momentum, the Philippine legislature recently greenlighted for discussion a VAT of approximately 12 percent on digital services aimed at companies like Facebook, YouTube, Google, and Netflix. Filipino consumers are considered to be some of the heaviest social media users in the region.

The situation playing out in Southern Asia mirrors the fragmented response of EU bloc countries trying to build more robust tax bases by talking around the idea of an EU digital services tax to keep tax revenue in countries where it is earned. ASEAN countries, recognizing their growing draw for Big Tech, seem more inclined to legislate the taxes into law individually and move forward. So far there have been few claims of tax fraud and the response to these measures by Big Tech has been muted. Which taxation approach will prove more profitable to which parties? We’ll see.

With offices in Cleveland and Chicago, the tax attorneys at Robert J. Fedor, Esq., LLC give you answers to your questions about offshore tax investments, tax returns, or tax litigation. When you need skilled tax advice locally or abroad, call 800-579-0997 or contact us.