What is a Tax Controversy? 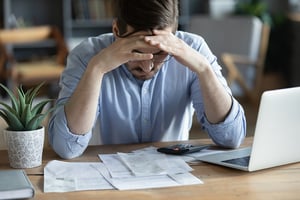 If you are tagged by the Internal Revenue Service for failure to file a tax return, or your annual FBAR, you have stepped into something that is both a noun and a verb—a tax controversy.

A tax controversy is also a noun which describes an important field of law practiced by tax professionals who focus on tax disputes. Here it is not the issues around a tax problem, but a unique practice area of law for attorneys who help taxpayers challenged by specific problems with (usually) the IRS. Some examples include the following:

A tax controversy can be a lot of things, including a lot of trouble. When you have questions or are contacted by the IRS—speak with a knowledgeable tax attorney.

Aggressive legal representation if you face allegations of tax fraud

With offices in Cleveland and Chicago, the tax attorneys at Robert J. Fedor, Esq., deliver experienced representation when you are challenged with an employment tax dispute, tax audit, or a criminal tax charge. Call us at 800-579-0997 or contact us online when you need a tax lawyer you can count on.