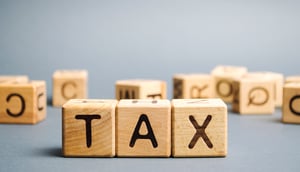 Time passes and the European Union (EU) continues to discuss a bloc-wide transaction tax.  What are they really talking about?

For years, the EU has been metabolizing the idea of a Financial Transaction Tax (FTT).  The overall objective is to “ensure that the financial sector makes a fair contribution to national tax revenues. It is also intended to discourage transactions that do not enhance the efficient allocation of resources by the financial markets.”

It is tricky stuff for discussion because different countries, like Austria and Germany, see the impact of an FTT differently in their principalities.  We advise clients with offshore tax concerns and the complexity of any incoming FTT.

As the name implies, when a financial transaction occurs, a portion of the value of the trade is paid as a tax.  Depending on regulations, the tax could be paid by the buyer, the seller, or the third party that facilitates the purchase, like a stock exchange.

The Tax Foundation sets out a number of points about FTT, including how an FTT could be used as a source of public revenue in the US. Let’s take a look at some of the ideas:

Several European countries, including Ireland, Switzerland, the UK, Poland, Finland, and France impose some kind of FTT.  A .02 percent tax rate has been on the table for some time as a suggested FTT for the EU.   According to an article in The New York Times, the German Finance Minister believes the 0.02 would help with payment of low-income pensioners.  Yet, the Austrian Chancellor feels the plan does not go far enough to deter volatile, speculative transactions while creating disadvantage to investors with less wealth and smaller investments.

The difficulty of agreeing on an FTT may, in the end, delay any FTT indefinitely.  As noted by German Chancellor Angela Merkel, “We can of course keep talking — it just can't be the case that, with a change, another five countries bail out. So it's a very difficult matter.”

In Chicago and Cleveland, the law offices of Robert J. Fedor, Esq., LLC provides knowledgeable legal representation on civil and criminal tax charges and other tax controversy.  If you are under investigation, or receive a notice of an IRS audit, call us at 800-579-0997.