What You Can Learn from Tax Allegations Faced by Paul Manafort 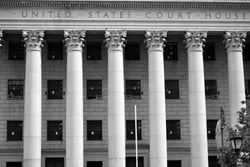 Recently filed charges against businessman and lobbyist Paul Manafort offer a wealth of advice and warning about foreign holdings and associated tax requirements.

The 31-page indictment filed against Mr. Manafort and his associate, Richard Gates, details tax crimes and an alleged scheme by which the defendants purportedly hid and laundered money through a litany of companies and accounts operating in the United States, Cyprus, St. Vincent, the Seychelles, and the Grenadines.

Of the companies operated by the defendants, approximately 17 are incorporated in the U.S., 12 in Cyprus, two in the Grenadines, and one in the United Kingdom.  In the indictment, the defendants are accused of moving millions of dollars, over time, through offshore accounts. It does not run afoul of the tax code to open foreign accounts or create shell companies.  The problem occurs when the accounts, assets, and companies are not declared or reported.

We talked earlier about foreign bank account reports (FBAR).  U.S citizens or entities created under U.S. law are required to disclose identifying information about foreign accounts that exceed $10,000 at any time during a calendar year.  FBAR violations can draw unusually severe civil and criminal penalties.

The indictment against Mr. Manafort and Mr. Gates discusses FBAR reports required by the U.S. Treasury, along with IRS requirements to report financial accounts located in foreign countries. During the time period between 2008 and 2014, the pleading alleges Mr. Manafort made no FBAR or IRS reports on his accounts.

In the indictment, prosecutors quote language from a tax preparation package provided to Mr. Manafort by his accountant.  Mr. Manafort was explicitly asked whether he had an “interest in or a signature or other authority over a financial account in a foreign country, such as a bank account, securities account or other financial account?” Mr. Manafort responded in writing, “No.” He responded the same way to the same question in 2016.

The charges against Mr. Manafort and his associate are serious.  Should the allegations be proven, the penalty for the FBAR violations alone could equal the amount of money in each of the accounts.  As only one of 12 criminal tax charges listed in the indictment, the indictment represents a serious threat to the freedom and financial well-being of Mr. Manafort and Mr. Gates.  In addition, the indictment, filed by Special Counsel, Robert S. Mueller, seeks forfeiture of real property and life insurance assets that derive from allegedly ill-gotten gains.

Holding an interest in a foreign bank account or company is legal—but not reporting ownership to the proper agencies is illegal.  If you receive notice of a civil or criminal tax audit, speak with an experienced tax attorney right away.

Protect Yourself — Get Legal Counsel: This case serves as a reminder for anyone that continues to either have foreign assets or signature authority over such assets to seek legal counsel. The IRS will attempt to hold those it views as evading taxes accountable. This can lead to hefty fines and, as noted in the case above, potential imprisonment.

It is important to note that foreign accounts are not illegal. If properly maintained, these accounts are ethical and beneficial. However, they must be properly disclosed.