Words No One Wants to Hear: IRS Audit 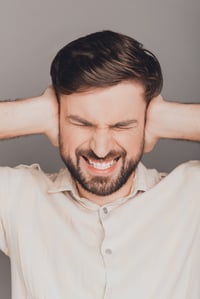 Chicago Cubs fans will be forgiven if they have fallen into a state of oblivious complacency. All worries vanished when their team finally won the World Series. But that state of tranquility can be smashed in a heartbeat when you receive a letter from the Internal Revenue Service stating that you are being audited.

Even the most honest, detail-oriented taxpayer can feel fear in that moment. A recent news article argues that the sense of dread and doom might be misplaced, however.

The chances of being audited are relatively slim for most people. Fox Business points out less than 1 percent of tax filers are audited. That said, there are groups that face greater odds of audit than others. For instance, of those who report no income, 5.26 percent are audited, whereas of those who report an income between a dollar and $24,999 just 0.93 percent undergoes an audit.

At the other end of the income spectrum, 6.21 percent of those who earn between $1 million and $5 million annually are audited, while the audit rate climbs to 16.22 percent for those who earn more than $10 million per year.

The Fox Business article says there are some little-known facts about IRS audits that might reassure you that not all is lost when you face one. For instance, in some cases the taxpayer actually owes less after an audit than before it.

Also, many people fear face-to-face, grueling audit interviews under bright lights. The reality is that more than three-quarters of audits are conducted entirely by mail.

Perhaps best of all is the fact that you can appeal the findings of an audit. The attorneys of Robert J. Fedor, Esq., L.L.C. provide effective representation to clients across the nation in tax court. You can contact our Chicago or Cleveland offices for more information.