A visit by an IRS agent regarding a tax-related issue requires a higher level of sophisticated representation to protect the rights of those being investigated. Contact an experienced and knowledgeable tax litigation attorney by calling 800-579-0997.

A business falling behind on timely and required payment of payroll taxes may result in an IRS agent showing up personally at the place of business. Payroll tax issues become serious at that point and require the help of an experienced tax attorney at Robert J. Fedor, Esq., L.L.C. A civil investigation could turn into criminal charges for violating IRS tax law, if not handled properly. 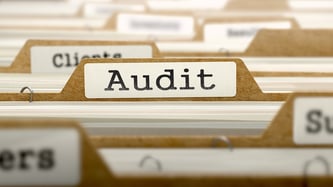 A civil tax audit can become a criminal referral (and later prosecution) for failure to report income and/or exaggerating deductions and expenses. The firm's attorneys protect clients in preventing tax problems from becoming criminal investigations.

I couldn't be more thankful for Robert and his staff. Due to bad accounting, I encountered quite a large tax issue. Not only was Robert able to resolve this problem in a favorable manner, he was there every step of the way to make certain I understood what was going on. He helped my family and I rest easy during this troubling time, for which we are so grateful, as my dad was also battling cancer. Robert was just as concerned with my family as he was with resolving this issue. I would recommend Robert and his staff to anyone who is going through a tax problem.

To those who know what it's like to live with an impossible tax debt, I encourage you to read this letter. My wife carried a massive tax debt for several years. Bankruptcy clearance did nothing to alleviate this debt. When threatening letters started, we contacted Robert Fedor. To our surprise, our initial consultation was with Mr. Fedor himself. Bob listened intently to our concerns, studied the relevant forms,and almost immediately formed an initial " game plan." At this point, we had our first sigh of relief in years. We were then contacted by our case counsel, Atty Tim Earls. We could not have hoped for a better Advocate. Tim was patient, exceptionally knowledgeable, and extremely informative to two people completely ignorant of tax law. Our final Offer in Compromise arrived and we were dumbfounded! Her final payment amounted to approx. 3.3% of the debt. I recognize that no results are typical or predictive when dealing with tax agencies. I'm just stating what the knowledge and diligence provided by Bob and Tim (and all staff) did for us. I strongly encourage anyone in our past situation to call Atty. Robert Fedor.

Attorney Benjamin Heidinger is a FIRST CLASS PRO, period! That is hard for me to say because of horrific experiences and thousands of dollars spent with troubling results from other firms.

I read testimonials and wondered if they were accurate. But, this is my real story...

I made some bad decisions, was incarcerated, and looking at $1 million+ in tax liability. When I was released, I was extremely scared to talk with anyone because of the bad advice I had received previously. When I met with Robert Fedor and Ben Heidinger, I felt maybe these guys are for real. They can help me climb this monster mountain of taxes I owed. I will say again Ben Heidinger is a rock star. He put together a strategy that was real, to the letter of the law, and ultimately saved my life.

The final result from months of a major fight - we prevailed!!! With well over $1 million in tax debt, we settled for under $100k! This is my real story. Please call Ben Heidinger at Fedor Law.....they are the best I've seen.

When one IRS agent knocks on your door, your case involves a civil matter. When two agents arrive at a home or business, they want to ask questions related to a criminal investigation. Arrests and tax-related criminal charges could follow. Negotiations must begin with the investigator and prosecutor to avoid criminal charges. However, matters that go to criminal court require aggressive and sophisticated representation.

A visit by an IRS agent regarding a tax-related issue requires a higher level of sophisticated representation to protect the rights of those being investigated. Contact an experienced and knowledgeable tax litigation attorney by calling 800-579-0997.

Contact a lawyer at the Cleveland, Ohio, or Chicago, Illinois, offices of Robert J. Fedor, Esq., L.L.C., to learn more about how an experienced tax litigator can help you. Call 800-579-0997 today.