A Global Affair: The IRS International Tax and Financial Crimes 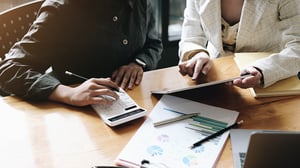 The IRS formed the ITFC in 2017. As part of the field office in Washington, DC, the unit is composed of special agents from across the country with expertise in international tax intrigue and tax evasion. Among others, types of projects in which these agents engage include:

The ITFC also works with the Joint Chiefs of Global Tax Enforcement (G5), a joint effort between the U.S., Australia, the U.K., and the Netherlands. The group was formed to create a larger information and enforcement network to battle money laundering. Following a series of document leaks several years ago that revealed the real scope of illicit money being funneled around the world, the G5, along with the ITFC and other partnering agencies, agreed to collaborate to battle global tax crime.

ITFC is an integral part of the enforcement effort of the IRS to respond to international tax crime in its varying forms and guises. If you have knowledge of discrepancies in your reporting of offshore assets, talk to an experienced tax attorney for guidance before you hear from the IRS.

The tax attorneys at Robert J. Fedor, Esq., LLC help clients and companies locally and abroad respond to compliance challenges, allegations of tax crime, or other tax concerns. When you need responsive, legal advice, contact us or call 800-579-0997. We have offices in Cleveland and Chicago for your convenience.