Amazon Beats the Taxman, Pays No Taxes in Luxembourg 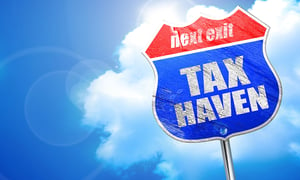 Recent media reports about corporations skipping out on their federal tax obligations could not have come at a worse moment. Structured, long-term arrangements whereby multinational companies use offshore tax jurisdictions to reduce or eliminate their tax burden are moving into the public eye—and ire.

In March, President Joe Biden singled out Amazon as he introduced his initial infrastructure plan. Mr. Biden noted, corporations like Amazon “use various loopholes where they pay not a single solitary penny in federal income tax.” The President aims to address inequity between multinational corporations that pay little to no federal taxes, while the average middle class family pays at a rate of approximately 20 percent.

A March financial filing from Amazon made public by The Guardian newspaper discloses Amazon made “record-breaking” profit during the pandemic in 2020 as buying consumers moved online en masse. Despite booming sales, Amazon listed a loss of $1.4 billion of its subsidiary in Luxembourg, where it is headquartered. Losses to the Luxembourg subsidiary were due in part to hiring practices and advertising expenses. The loss exempts Amazon from corporate tax under Luxembourg tax regulations and makes Amazon eligible for millions in tax credits it may use to offset tax bills going forward.

Following headlines about how Amazon avoided a U.S. tax obligation, watchdog ProPublica released an expose on how little ultra-wealthy individuals have paid in recent years in federal taxes. According to ProPublica, the article is based on a trove of secret IRS files provided unsolicited to them by an informant of unknown identity. The report reveals the “true tax rate” of well-known figures including:

While the IRS may eventually be able to prove some sort of tax fraud, the loopholes and legalities used by individuals and corporations to diminish their tax debt is often perfectly legal. Worldwide, the practice of using offshore tax havens and foreign bank accounts to minimize tax liability is common. The attention brought by recent disclosures and media reports drove a recent agreement among G-7 Finance Ministers to raise the tax rate to at least 15 percent.

At the June G-7 conference, U.S. Treasury Secretary Jane Yellen said, “The G-7 Finance Ministers have made a significant, unprecedented commitment today that provides tremendous momentum toward achieving a robust global minimum tax at a rate of at least 15 percent.”

For years, Big Tech and other multinationals fought efforts at taxation, and then attempted to provide a voice at the table as stricter tax regulation loomed on a worldwide basis.

The agreement provides structure for European interests to tax Tech and other companies making significant profit in their countries at a rate of up to 20 percent. As well, the agreement marks a return to collaborative effort among the G-7 that was missing during the Trump Administration.

Whether you have concerns about a foreign bank account, your business tax practices, or other tax controversy, our law group can help. From offices in Cleveland and Chicago we work with clients throughout Ohio, the U.S., and abroad. When you need experienced tax advice domestically or internationally, call 800-579-0997 or contact us.