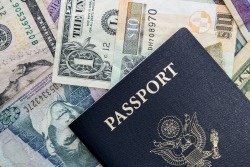 No one knows exactly why record numbers of Americans are renouncing their citizenship. A recent article in Forbes floats a couple of theories, including the fact that the Internal Revenue Service now holds the power to revoke passports. Another theory: the burden placed on Americans living abroad is onerous, causing some to give up citizenship rather than dealing with the heavy penalties possible for errors or delays in filing a Report of Foreign Bank and Financial Accounts (FBAR).

It has been widely reported that the IRS and Department of Justice have put increasing pressure on expatriates and foreign financial institutions to force compliance with FBAR and FATCA requirements. And apparently, part of the fallout from those efforts has been that some expats are willing to give up citizenship.

Because many expats must also cope with double taxation (paying U.S. taxes on top of taxes they pay in the countries they reside in), the prospect of renouncing citizenship becomes more appealing to some.

Forbes reports that about 4,300 people renounced U.S. citizenship last year, up significantly from the 2014 total of 3,415, which was itself a record. It must be noted, however, that these figures are relatively tiny, and they pale in comparison to the number of immigrants over the past couple of years.

For those facing significant penalties due to foreign bank holdings, or due to past FBAR omissions or delays, a knowledgeable tax attorney can examine your situation, help you get into compliance and minimize any exposure you might have to criminal charges.